10 Reasons Why You Should Switch to Linux

10 Things Linux Can Do That Windows Can’t 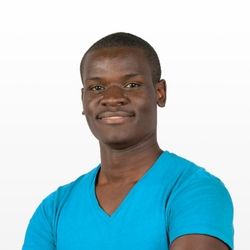 This is going to be a pretty straight forward article. I am aware that it might get a lot of negative comments from Windows users just from reading the title alone. I believe these are the reasons why everyone should try using the Linux system.

I believe in transparency when it comes to the digital world. You can go over to https://github.com/torvalds/linux and download over 800k commits for Linux. You will be able to see everything that has ever been done on Linux all the way back from its inception.

Why would anyone even care about the source code? Well, the reason you are going to want to care is that there are people who are constantly looking at the source for things like bugs and security issues, and various other matters.

You can see the ins and outs of the system you are using. With Windows, everything is completely closed, which means you are putting a hundred percent of your trust into Microsoft developers to check their own stuff and make sure it is okay. Even if you do not care about the source, know that there are a lot of people who do care, and they make your experience better as a result. In addition to the Linux kernel being open source, almost all software that you will install for your system comes from official repositories, which are also open source.

2. You can install updates without rebooting your machine

This is a game-changer for cloud environments. If you have a windows server, you have to upgrade your software then reboot the system again. This will result in your users experiencing downtime. With Linux, you can update almost anything without a reboot, and for kernels version 4.0 and beyond, you can even update the kernel itself. Isn’t that amazing? I have never liked the Windows prompt for a reboot every time I install or update a piece of software.

3. You can plug devices in without worrying about finding and downloading drivers

The only time it is not true is with highly specialized devices. How is that possible? The whole point of the Linux kernel is to connect hardware to software. In the Linux kernel, there have been over 16,000 unique developers across 1400 companies working on Linux writing their drivers into Linux. That way, when people use Linux, it is just automatically there. When you look at windows, you have to download and install drivers every time you hook something into your computer.

4. You can run Linux from a pen drive, CD DVD, or any medium

I cannot stress the importance of this. I mean, imagine having your whole system on a thumb-drive. You can take your work literally anywhere without the risk of losing it. Of course, it works best if you have persistence configured during installation into the drive. For developers, this can be useful in situations where you are required on-site but cannot carry your laptop.

Hackers use this trick all the to boot Kali live or with persistence because that is basically all they need half the time. Another advantage with this trick is that you can install multiple distributions in one thumb-drive so that you can boot into whichever one you wish at any given time.

5. You can run the Linux for a long time without rebooting

This is possible without degradation of performance because Linux is ultra-stable. It has way less memory fragmentation, and it simply does not become slower over time. You will still be able to make changes on the fly without the need to reboot. You are just simply not going to find that kind of up-time on any Windows system. The advantage is that you can run a production server for a long time while making any changes without system reboot and, therefore, no downtime.

6. You could run the Linux on almost any hardware

When I say any hardware, I am referring to both different types of hardware, as well as hardware from various date ranges. There are fully functional Linux installs that are, in some cases, less than 32MB in size. This means that you can go into that closet, dust off that old computer from 1993, and breathe new life into it by installing an appropriate Linux system with respect to your space. You cannot do that with windows.

As Windows gets newer, it becomes more resource-intensive, and the minimum requirements go up. Linux has a wide range of distributions from which you can pick one that you need for your particular application. You can learn Linux to develop your website at low costs, as it can run almost any of the major languages.

7. You can fix broken Linux installs with a live CD DVD or pen drive

This is not for Linux alone. You can even fix broken windows installs with Linux in some cases. The reason this is possible is that the Linux kernel runs entirely in memory. So you can use a CD or pen driver DVD to load that kernel into memory, and then go into a chroot environment on your broken system, and then you can use that broken system as if it were functioning.

From there, you can take whatever action you need to get that system working again. On windows, you have to go through the windows system repair wizard. If that does not work, you will be required to re-install windows.

8. You can update all of your software often with a single command

In a Debian system, it is so easy to update your software and even upgrade the entire system if you wish. You need only type apt-get update or apt-get update && apt-get upgrade.

On windows, you either use the built-in updater for the software, or you go back to the site to download a newer version, which may cost you. As a developer, I cannot stress the importance of using updated software.

9. You can move a hard drive from one Linux machine to another

So, the motherboard from my laptop died about a week ago, and I did not have enough money to get a new one or an entirely new laptop. I had to take my hard drive from the broken laptop and use it on a different laptop. Guess what? It worked without re-installation. I never lost my data, and I am actually using the other laptop to write this article.

This is largely made possible by the fact that all the drivers in Linux are built-in. Moving a hard drive from one machine to another does not affect it. It simply sees all your new hardware and re-acclimate to work like it was in the previous machine. On windows, not only will it probably not work, but windows will see that you have different hardware, and then, suddenly, your copy of Windows becomes non-genuine.

10. You can install software without worrying about viruses and malware

Now, this is not to say that Linux is virus and malware proof. It is just to say that it is a lot harder for viruses and malware to get on your system. That is due to two things. Number one, it is harder to escalate privileges on Linux for just a normal user. Number two, most of the software that you download for Linux comes from official repositories, and those are guaranteed.

Additionally, software on Linux does not autorun as they do on windows. This also implies that there is no antivirus software needed on Linux, and of course, that saves you money.

I am not trying to convince you to switch. You will not lose anything by trying it out. Every single reason is basically a comparison to Windows. I have used windows before and I slowly grew apart from it when I discovered Linux. I have never been worried about not having a legal copy of Linux nor the need to buy Linux software. Everything about Linux is open-source.

Don’t worry about not knowing how to use Linux at first. There is a huge community to guide you. In case you are wondering where Linux is used in the real world, check out another article I wrote on the different places Linux is used.

I am a full-stack web developer. I love sharing my knowledge of web development technologies and programming in general.