3 Chinese Concepts to Help You Live a Happier Life

Philosophical concepts nobody knows about but should 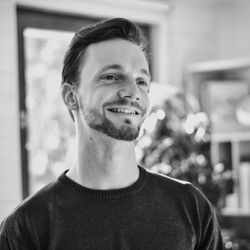 Photo by Alex on Unsplash

Everybody wants to live a happier life. This is nothing new, but there are many novel ways in which we can achieve this goal. One of these is reaching harmony through the less-known Chinese philosophy Daoism. In the words of Laozi:

“Nature does not hurry, yet everything is accomplished.”
— Laozi

From the age of seven years old, I lived in Germany with Soviet parents. Interestingly, however, I was raised on the principles of this Chinese philosophy — so much, that I even read Chinese studies in university just to get a deeper insight.

These teachings made me more balanced and happier about life. They taught me to discipline my mind to do so much more, to react with ease to the challenges that life throws at me. In essence, to lead an effortless life.

My exploration of Daoism enabled me to flow in life as water does — to move through challenges like a river moves past rocks. These same lessons can be applied to all aspects of our lives. The following concepts shaped my whole life in a very positive way.

The Yin Yang concept is perhaps the most known in all of Daoism. Yin stands for the negative, dark, and female, while Yang stands for the — you guessed it — positive, light, and male.

At first glance, they look like an opposing and contradictory couple but they’re nevertheless codependent. This is where it gets interesting. Neither Yin nor Yang can exist or even emerge without the other one.

They are interdependent and contain each other. Perhaps even more interestingly, however, the relationship between Yin and Yang isn’t fixed. They’re always moving and in a steady reversal. They’re flowing into each other.

In our lives, this means there is not just “good” or “bad”. It’s your choice to define whether something is negative or positive.

We usually tend to focus on bad things in life but with this concept, you can easily turn everything negative in your life into something positive. You just have to always look for the good in everything that happens to you because it is always there. Just like the codependency of Yin and Yang.

For instance, have you ever noticed that after something bad happens in your life, usually something good follows? Perhaps. But in most cases, we ignore it.

Why? Simply because we’re not aware. In many cases, this is due to the fact we don’t practice enough gratitude.

To draw upon a personal example, a few years ago, my relationship ended abruptly.

Naturally, I perceived this to be a negative event. And for most of us, it would be. But I started thinking of it as an important experience that I needed to go through and waited for the good to happen.

Shortly after the breakup, I started a relationship with a new girlfriend. This year marks our second wedding anniversary. Without the breakup, I wouldn’t be with my wife today.

Sometimes seemingly negative things happen to point you to better possibilities. If you always have the Yin Yang concept in mind, it makes your life easier. You don’t put as much weight on the negative because you know that positive will follow as they’re both flowing into each other.

無為 Wu Wei — The Not Acting

Another Chinese concept that has helped me to find balance and clarity is Wu Wei.

It is, in essence, the act of non-acting. At first, this sounds pretty counter-intuitive, especially in a society that’s bent on side-hustles and relentless productivity. Yet this concept doesn’t mean you should sit around doing nothing. Far from it.

The philosophy of Wu Wei instructs us to act without intervention. Essentially, we’re encouraged to simply let things happen. As such, we refrain from actively interfering, enabling things to happen in a more natural way.

If you don’t give Wu Wei further thought, you will perhaps be thinking that this sounds illogical. But let’s revisit the concept of Yin and Yang. Remember, there is no black and white. With this, there also shouldn’t be just “acting” or “not acting”, right?

This is where Wu Wei comes in. It’s the bridge between action and inactivity. It is letting go, allowing things to happen, and not judging. It is accepting and adapting like water. It is not swimming against the stream. Why should you push for what’s unnatural in the first place?

To hear something like “don’t swim against the stream” from an entrepreneur can sound strange at first. But have you ever considered that society is set up as something that goes against our nature?

We grow up in this system, so most of us are swimming against the stream for our whole lives without even knowing and assuming that we’re moving in the right direction. That is why many people struggle in life. Because they’re doing exactly that — going against their nature.

Perhaps you’ve experienced Wu Wei. Everything has gone so well, so smooth, you just couldn’t believe it. Contrary to what society teaches us, this is how life is supposed to be.

Usually, acting and for example, using strength is considered in our western world as exercising power. Relaxing, on the other hand, is associated with a retreat or giving up, therefore a weakness. Of course, for our western minds, it is hard to accept such a concept.

However, unbeknownst to many, most of us have already applied this concept, even if we didn’t know about it.

How might you navigate something like a creative block or obstacle at work? Perhaps you’d take a break and go for a walk. Distance yourself and let go. This is a perfect example of Wu Wei, and you’ve probably already used it.

As soon as you do that, the answer pops on its own in your mind, doesn’t it? This is also how Einstein came up with his theory of special relativity. After 10 years of not solving the problem, he finally gave up. When he got to bed, the answer popped into his mind the same night while sleeping.

“We cannot solve our problems with the same thinking we used when we created them.”
— Albert Einstein

But like with Yin and Yang, Wu Wei doesn’t mean that you shouldn’t do anything at all. Practice letting go and invest in what you consider a loss.

In most cases, it’s better to relax and let things happen anyway. If you’re letting go of the illusion of control, you allow energy to flow into your life and things to happen.

The Dao is known as “The Way” but as Laozi states in his Dao De Jing:

“The Tao that can be told is not the eternal Tao.”
— Laozi

That’s why it’s hard to describe this concept well enough with words. It’s something that everyone has to feel and understand on their own. Nonetheless, I’ll still try to draw a picture of it.

There are quite a few ways how you can interpret the Dao but I’ll focus here on the philosophical concept.

As such, it’s the source of all being, the unity. Something that surrounds us but at the same time is in all of us. Further, it’s also the unity that gives birth to the duality of Yin and Yang.

If you’ve seen Star Wars, then you know the idea of The Force. With this, you can get a good idea of the Dao as it’s pretty much the same notion.

“It [The Force] is an energy field created by all living things. It surrounds us and penetrates us; it binds the galaxy together.”
— Obi-Wan Kenobi

So how can this concept help you live a happier life?

The Dao is a dynamic process, comparable to the always-expanding Universe. It doesn’t judge and gives birth to things spontaneously, unintentionally, and in a natural way.

That’s why the best way to understand and feel the Dao is to stop overthinking, stop trying to control everything, and act spontaneously. Listen to your intuition and act upon it. Let things happen, and feel when and how you need to act. Don’t judge.

As you might have noticed, it’s hard to describe this concept in words because it’s a feeling. Words can show you the way to the experience but you have to feel it on your own. Yet that doesn’t mean that it’s hard to grasp. You just have to start.

If you understand, implement, and practice the concepts of Yin and Yang, and Wu Wei in your daily life, you will understand pretty fast what the Dao is and how to leverage it for your life.

Only because I was always implementing these concepts, I was able to not look at negative things as “bad” things.

As well as allow better things like my wife, my own business, many good friends, and so much more to come into my life. In essence, to eventually live an effortless life in harmony and balance.

I hope you can apply these concepts in your daily life and benefit from them as much as I did and still do.

I Teach You How To Become a Content Creator and Live an Effortless Life.