4 Reasons I Can’t Stop Thinking About Pride and Prejudice

Some thoughts from an unabashed romance junkie. 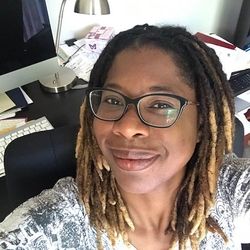 In no particular order of importance, they are:

Okay. That’s not quite true.

I actually started reading it last year, but put it down after the first few chapters because I just couldn’t get into it.

(If this shocks or offends you, I’m sorry. I’m not a philistine, I swear!)

The thing is, in a way, I sort of feel that I’ve already read Pride and Prejudice, because I’ve come across so many other versions of the story:

You should know that I didn’t purposely seek out these modern adaptations. Algorithms being what they are, those novels were all recommended to me by my library’s ebook software. And being an unabashed romance junkie, I couldn’t resist checking them out.

#2: I’m intrigued by the allure of Darcy and Elizabeth’s relationship.

Having recently finished “Eligible”, I’ve found myself wondering why “Pride and Prejudice” is such an enduring story, especially the relationship between Mr. Darcy and Elizabeth Bennet.

In the modern adaptations I’ve read, regardless of the particulars of nation, gender, occupation, and family status, the basic dynamic between the two characters is the same: “Mr. Darcy” is snobbish, aloof, dismissive, and occasionally downright rude, and “Elizabeth Bennet” takes great umbrage with that. When they’re in each other’s presence, shots get fired and barbs fly, with each party giving as good as they get.

This pattern of engagement repeats until both characters slowly come to realize that each was mistaken about the other; that they aren’t actually as bad as all that. This realization is then rewarded with everlasting love, as well it should be. After all, a happily-ever-after ending is a large part of what gives romantic storytelling its power.

The more I think about it, however, the more I realize that my interest in Darcy and Elizabeth’s relationship goes beyond what it is that makes them such an idealized couple; I’m also interested in the roles they play in a certain type of narrative.

#3: I’m specifically intrigued by the redemptive narrative arc on which Darcy and Elizabeth’s relationship is based.

I’ve been thinking a lot lately about why this type of story arc holds such a draw. On the surface, it seems obvious that the reason we care so much about redemptive narrative arcs is that they provide hope for the possibility of forgiveness, and for a satisfactory resolution to any fears we may have about not being worthy of love.

But here‘s what I’ve also been wondering: what if this arc is so appealing to us because humans are a socially-organized and relationally-bounded species that is obsessed with rank and status?

If that’s the case, then when it comes to redemption, we are deeply concerned with who has the right to it vs. who has to earn it, based on where they are positioned in our social hierarchy.

With fiction, the narrative form allows us to vicariously experience a measure of control over that process. Thus, in “Pride and Prejudice”, we can discuss — seemingly endlessly — whether or not Mr. Darcy has a right to be redeemed in Elizabeth Bennet’s eyes because of, say, his status as a wealthy English gentleman, and express our desires for their story in a seemingly endless number of ways.

At this point, you’re probably thinking that I should just read the book already.

Maybe this time around, I’ll find it as good as everyone says it is.

Note: The original version of this article was published in Medium, on August 18.

I am an "alt-academic" whose interests extend beyond my PhD. in Education. I care about books, politics, my family, and chocolate.