…but repel them instead. 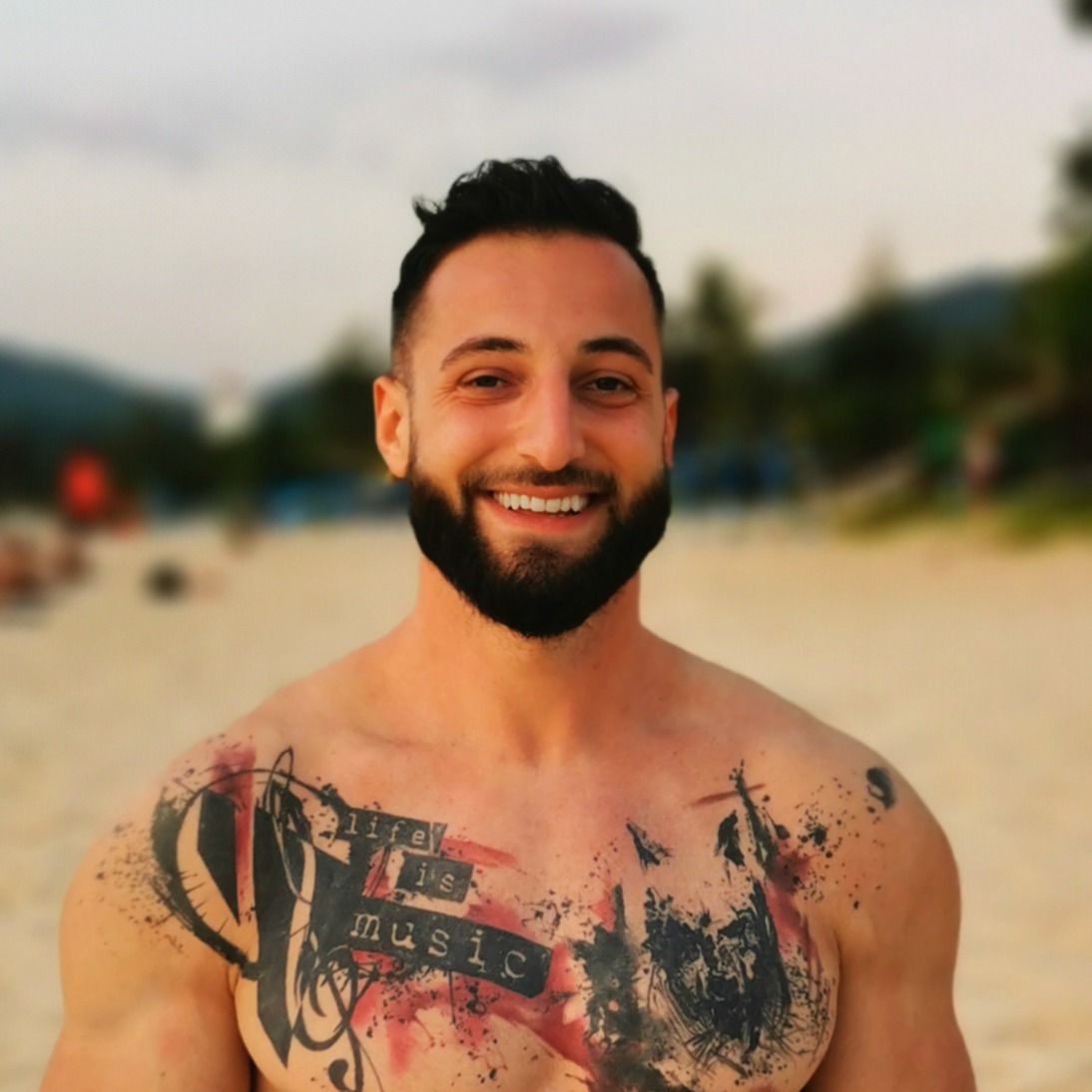 Image by cottonbro on pexels

Attraction is a tough topic.

Men and women both sometimes go to ridiculous lengths to woo potential partners. But well-meant isn’t always well-done, as overinflated lips and guys posing in front of rented Lamborghinis show.

I know what it’s like. I tried to be the “alpha” guy for years until I realized the very behaviors I thought made me attractive turned me into the sexual equivalent of stale goulash soup. But men aren’t the only ones selling themselves out.

Both sexes do stupid things to be more attractive, but as a man who’s spent a few years of his life dating women, I’ve experienced a whole bag of misguided female behaviors.

This doesn’t mean there’s a one-size-fits-all approach to attraction. Dating coaches would be out of business pretty quickly. This also doesn’t mean women only do these things for men. But sometimes, the social pressure from misguided standards gets too big.

As much as you’d like to think of yourself as completely independent, we all adjust our actions if we think it gets us closer to our goals. Unfortunately, sometimes the opposite is the case.

This is the social equivalent to diving headfirst into a toilet bowl. It doesn’t feel good pretending to be someone you aren’t — and even if you succeed, you’ll still get shitty results.

Here’s a list of seven behaviors women mistakenly believe make them attractive — and you need to shed if you want genuine, grown men attracted to you.

This is the oldest myth in the book. Women are supposed to act disinterested because men like “the hunt.”

Here’s what happens when you act aloof on purpose.

You get a bunch of needy guys chasing you or a few self-proclaimed womanizers who are just in it for the sport. The needy ones don’t have options and eagerly await your attention.

The Casanovas usually drop you like a hot potato once they got what they wanted. If you’re looking for a genuine, grown-ass man, you’re digging yourself a hole.

High-value men have options. If you cold-shoulder them, other women greet them with warmth and interest.

Back when I was inexperienced and sucked at dating, I was intrigued by women who brushed me off. Every time I got ghosted, I was trying to fix my broken ego and prove to myself I could “get them.” I was needy for validation, but the second I got it, I lost interest.

When my life improved, women became secondary. I couldn’t care less about chasing them, especially if they weren’t interested. Their loss. But the ones who showed genuine interest were the ones who intrigued me.

This doesn’t mean you should drop everything whenever Mr. Charming calls. Don’t be needy. Don’t be cold-hearted and unapproachable either. Do what feels natural, without selling yourself out or playing hard to get.

Worrying Too Much About Appearance

Men are incredibly visual, especially when it comes to dating.

What emotions and social cues are to women, looks are to men. Yet, they aren’t the only thing we care about — and neither should you.

I once had a female friend tell me “women are probably afraid of wearing sweatpants and no make-up around you.” I was shocked since this couldn’t be further from the truth. I haven’t seen my girlfriend with make-up in over two weeks and she’s still the most beautiful woman I know. Yet, I understand how my friend got the idea.

Women’s looks are what men talk about most. They’re what society cares about most, especially in the days of Instagram, photoshop, and high-definition TVs. I don’t like this reduction to appearance one bit. It doesn’t reflect reality.

Yes, there are men who only like good-looking women. There are also women who enjoy being good-looking — not for men, but for themselves. But when looks are all you care about, it gets boring and annoying, regardless of your gender.

Any human being is so much more than their looks. If you reduce yourself to looks only, it’s all people around you will see.

Don’t be afraid to put effort into your appearance if that makes you happy and feel good. But don’t forget you’re much more than just your looks.

Having to Be Saved and Looked After All the Time

Most men like to be a hero and save their damsel in distress, so she looks at him with goo-goo eyes and tells him he’s the strongest, bravest, and most intelligent man in the world. It appeals to our primal drives for protection and nurturing — but only up to a point.

I’m slightly biased here because I’ve had a severe savior complex in the past and was attracted to women in dire need of saving. However, I’ve talked to enough men to know this: It’s a fine line between “of course I’ll help you out, you’re my girl,” and “get your fucking shit together.”

This doesn’t only hold for women, but men alike. Nobody wants a baby stuck in an adult body unless you have certain issues like I did.

Contrary to popular beliefs, men like to be caring and nurturing. I love to hug and support my girlfriend and I’ll always do so when she needs it. But please, don’t do this on purpose because you think it’s cute or appeals to our instincts. Men like to solve problems, but we hate drama.

If you need support, don’t be afraid to communicate it. But acting like you don’t have your shit together doesn’t make you more attractive to a man who does.

In his Love Books, the Roman Poet Ovid said: “A horse never runs so fast as when he has other horses to catch up and outpace.” I don’t know about dating in ancient Rome, but today’s men aren’t horses.

He was right about one thing though — competition usually improves performance. If we know the woman of our dreams has other guys courting her, we’ll usually put in extra effort.

It’s this effect women like to play with, but unfortunately, they often forget to consider a crucial nuance.

Most men have very fragile egos, and this results in all sorts of funny behavior. If you bluntly tell a man you’ve got others waiting at your doorstep, one of two things will happen.

Either, his ego wants to protect him from “losing” the battle, so he’ll come up with a reason why he isn’t that interested in you anyway, like not wanting a woman who’s involved with other men. He doesn’t try and withdraws, a concept known as self-handicapping in psychology. Attraction plummets.

Or, his ego pushes him to prove he is the best of the bunch, so he tries extra hard. Unfortunately, this isn’t so much real attraction as a need for validation. As soon as he gets it, his ego is satisfied, and he loses interest.

This doesn’t mean you should tell him he’s the only one you think about if it isn’t true. But be subtle about the competition. If you’re a high-value woman, most men will know they aren’t the only ones messaging you, and there’s nothing wrong with it. Just don’t rub it in their face.

Saying Yes, Being Obedient, and Fulfilling His Every Wish

Most men like to be dominant and lead while most women like to be courted and taken by the hand. It’s a stereotypical view, but it holds for most people.

However, this doesn’t mean you should agree to everything and succumb just because it appeals to his primal instincts.

When I ask my girlfriend what she wants to have for dinner, there are two worst-case scenarios. One is her rejecting anything I propose, the other is her agreeing to my choice even though I know she wants something else. At least I know she’s addicted to pizza so I’ve always got an easy way out if I want to.

Men hate drama, but what we want even less is a woman who’s got no own opinion and says yes to our every word. It feels great in the beginning but gets boring quickly.

If you’re a woman and like to be led by a man that doesn’t mean your desires are inferior. Good leadership means responsibility for the one led and needs honest communication. In the long run, a man will always be more attracted to a woman he can meet at eye level.

Complaining About Men to Show They’re a Strong, Independent Woman

When I started dating women, I did so with the grace of a drunken, three-legged elephant, and quickly found a surefire way to blow myself out of the water.

Any time I generalized women or commented on their negative character traits, my date’s eyes rolled so far back into her head she could see herself thinking “What an idiot.”

People don’t like to be stereotyped and judged. Big surprise, I know. Yet, lots of men and women do exactly that.

Men complain women are all the same and only want free food and attention, for which they’ll lead you on and trick you into relationships.

Women complain men are all the same and only want sex, for which they’ll make you compliments, buy you food, and pretend they love you.

You’ll find examples to back up both statements, but that’s not the point. Biases are incredibly unattractive, even though you think they help you sort the wheat from the chaff. In reality, you throw the baby out with the bathwater.

I know it’s frustrating to run into the same guys again and again, but as the saying goes: If it smells like shit everywhere you go, it’s time to look under your own shoe.

Your behavior and mindset act as a filter. There are many men out there who are shit, just as there are tons of genuine gentlemen. But if you keep complaining and judging, the latter will avoid you like the plague.

This last piece of advice goes to women and men alike and it’s the number one thing holding people back from finding the right partner.

In the end, we all want someone who loves us for who we are at our core, with all our strengths and flaws, perks and quirks.

The problem is most people’s behavior tells the exact opposite story.

When you’re dating, you present yourself in the best light possible. You don’t start with your daddy issues, messy room, or dislike for exercise and cooking healthy food. I wouldn’t either — but they’re all part of you, so there’s no point hiding them.

Perfection is boring. I’ve had women who tried to be the perfect girlfriend for me in the past, acting like they listened to the same music, shared the same interests, and had the same views. I could see through the façade and it turned me off more than if Queen Elizabeth II had an Onlyfans account.

What made me fall in love with my girlfriend now weren’t just our mutual interests and love for pizza. She was authentic, not afraid to be different or disagree, and didn’t hide the not-so-beautiful parts of her personality and life.

She didn’t pretend to be someone she wasn’t. And even though I didn’t always like what I saw, it was genuine — and the most attracted I’ve ever been to someone.