With Bitcoin’s Crash, is the Stock-to-Flow Model Broken?

Good people can disagree about whether S2F or S2Fx are valid. That’s above my pay grade. 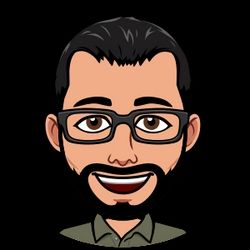 Is the model broken?

Variation is the norm

Good people can disagree about whether S2F or S2Fx are valid. That’s above my pay grade.

Whether they’re valid models or not, they certainly allow for a lot of deviations. Bitcoin’s price goes way above and way below predicted prices all the time.

When the squiggly line is near 1, bitcoin’s price is near S2F’s predicted price. You don’t see a lot of that over bitcoin’s history.

If you believed in S2F or S2Fx before this recent crash, you can still believe in it. If you didn’t believe in it, nothing about the projections should change your mind.

Does it matter anyway?

S2F and S2Fx remain popular and controversial models for bitcoin’s price, but are they any better or worse than any other models?

Bitcoin’s price has dipped outside of the logarithmic growth curves several times. Expanding and four-year cycles show wildly different price patterns from one cycle to another. Even halving patterns don’t mesh from one to another when you only look at price patterns.

Perhaps the models serve to prove only one point: bitcoin’s price tends to go up over time.

As a result, you can believe any model that predicts bitcoin’s price will go up over time.

And you’ll be right.

Mark Helfman publishes the Crypto is Easy newsletter. He is also the author of three books and a top bitcoin writer on Medium and Hacker Noon. Learn more about him in his bio.

I help average people make the most of crypto markets. Writer of Crypto is Easy, a Top 10 newsletter on Substack. Also the author of three books and a top bitcoin writer on Medium and Hacker Noon.