At some point in your life, it is likely you had to choose whether to listen to your head or your heart. Along the way you also likely dealt with many different internal dialogues creating conflicting thoughts and emotions… … most of which reflected back or affirmed your belief systems, fears, judgements, and distortions, rather than a focus on truth. We are now in an almost three-month period when we can choose to join with the momentum which has begun. To step beyond what our mind has 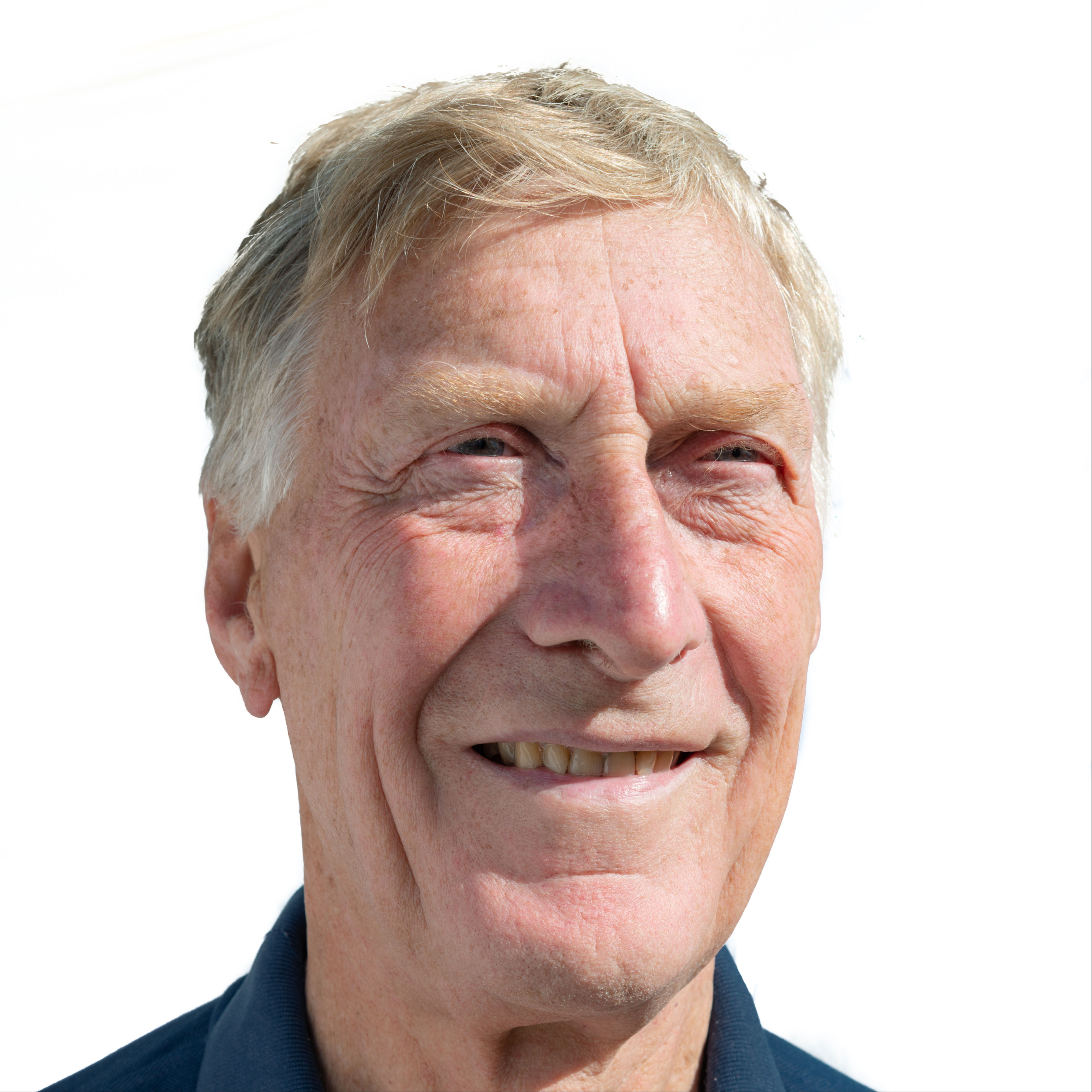 Will you allow the new momentum to create the life of your dreams?

We are now in the last week or so of January. Have you noticed a different feel as the energy begins to pick up momentum? By the end of 2023 we will be in a very different place to where we are at the moment.

There will be much in the way of revelation and disclosure as the cracks in the old order create a crumbling and potential chaos as systems collapse. This is a cycle that has repeated historically, particularly the movement of Pluto out of Capricorn and into Aquarius. Which is where we are at the moment.

The Momentum Is Freeing You To Take Action

On the 21st the new super moon rose in the Air sign Aquarius. The closest the moon has been to Mother Earth in almost 1000 years. Jupiter is also at its closest point to the Sun in its 12 year cycle, and the Sun has recently been very active!

Aquarius is governed by Uranus, which only hours later on the 22nd turned direct. With all planets now moving forward, the Aquarian/Uranian theme of freedom is magnified.

Encouraging us all to break away from top down control. To be independent and come together as a community using our individual uniqueness. Each following our own Inner Wisdom rather than being directed as to the actions we can take.

This is the third consecutive new moon at one degree, indicating new beginnings are in play. There are a further two more such moons in 2023.

The new moon is also smiling upon Mars, the planet of strength, infusing us with the courage to take action in our lives. The influence of Uranus stimulating exciting ideas or experiences which may lay the seeds for the success you are seeking.

We are now in a period of 89 days of increased momentum — the very opposite of last year! 2023 adds to seven, providing the lightning strikes of inspiration to assist you take faster, more guided actions.

That said, all the planets are unusually currently bunched together in one quarter of the solar system. Indicating the momentum will be more contained than when all the signs are influencing!

The tight configuration suggests we are being asked to uncover something restraining our freedom of movement. Yes, over the past three years you may have dealt with many such constraints, though I am reminded of the analogy of leaving no stone unturned.

That will set you up for the end of 2024 and then 2025 when the next major planetary re-alignment will occur. Every slow-moving planet changing signs at that point. 2023 will be providing us with a taste of what is to come.

Harnessing its energy will require you to be the observer of what unfolds. Many options, opportunities and possibilities will appear. Allow your intuition to guide you as to the actions which suit your greatest potential.

For some though seemingly exciting, will not align with your values and Soul´s desires. Hence, the need to build your connection to your Inner Wisdom in order to differentiate those that do and those which are temptations.

Aquarius will help you to tune into your higher mind, your intuition. It is also connected to genius and invention, adventure and freedom.

It would seem this is very needed as in the past few weeks I have read various reports bemoaning how human creativity has been declining.

One indicator being the Torrence Scale. This is a test used to measure creative response and claimed to be a better indicator than the traditional IQ. The global Torrence Scale scores have been steadily declining since 1990.

For most founders and products, two years is a realistic period to move from an idea into production. One year for development, plus one year to scale to supply.

Yes, service businesses can be launched in three months and online ones in 30 days. Though retail stores, restaurants, and clothing lines commonly take at least one year from conception to launch.

How quickly the re-invigoration of human creative energy becomes visible is an indicator we can all watch out for. The momentum of 2023 will bring continuing action and implementation as we act on its opportunities and epiphanies.

Remember Aquarius governs the new age we are creating. It is about being in the present moment because that is where your genius resides. And, when the most inspiring ideas will drift into your consciousness.

This is the continuous message from all influential innovators, as is be in Nature.

The gift of being in the moment is allowing yourself to renew yourself, to become new. This can only be achieved by being present, the easiest way to do so is through focusing on your breath.

For you cannot breathe in the past, nor can you breathe in the future. Only when in the moment can you exercise your free will, untainted by distractions.

Allowing us to work with our mind rather than being controlled by it. A practice followed by many indigenous peoples as well as ancients such as the Egyptians and the Maya.

The latest Message from Source provides this fascinating insight for each of us:

“The events of the past and their control of the present and future are being left behind. Once they have gone there will no longer be a restriction as to what you create. Be your own Creator. Take responsibility for what you desire and create it.

This period has been awaited for many millennia. Now is the moment to act as a new born, seeking all you desire as you curiously explore what is around you. You will soon find the desire to step beyond even that — to explore beyond the horizon of your own awareness.

Allow the magic of your existence to create all you desire. This is the fun part of your current incarnation. As you do so you will create waves, both with regard to your past and your future. Enjoy the experience.”

Add Your Momentum To What Is Being Created

The 22nd was also the start of the Chinese New Year, heralding the Water Rabbit. Viewed as the luckiest of all the 12 signs, it is a harbinger of hope, longevity, peace, and prosperity.

It is another of the cycles influencing our lives. And, is a year of deep psychological transformation!

2023’s Rabbit builds on all of the changes created, processes activated and manifestation projects of 2022. It then utilises patience and fortune to fulfil them in a way which creates both peace and success!

Rabbit is a feminine yin energy. Cold and wet, it is the receiver energy manifesting in relaxation, fluidity, quietness and contemplation. Rabbit years support business and all kinds of monetary transactions.

The Water element suggests tapping into your Inner Wisdom, trusting your instincts. Combined with the Rabbit, they focus on relationships, diplomacy, and building bridges in all relationships.

The Water Rabbit cycle takes 60 years, the previous ones were 1903 and 1963. The latter saw the Civil Rights marches to Washington as well as signing of the first nuclear test ban treaty.

In 1903 the Wright brothers made the first powered, and sustained heavier-than-air flight.

5th February brings the fifth full moon at 16º. In Leo, it will add to the sense of enthusiasm and passion which began in January. What you have been building since July 2022 will come to fruition.

You can also use the light of the full moon to change direction, to better express yourself, building the life of your dreams.

Remember, life is most enjoyed when you are having fun. As a bridging year, 2023 is preparing you for what lies ahead. Where everything is possible.

Please SHARE this article with others you love and may need some help in creating momentum in their life.

To The New Momentum Creating Your Dreams

Called for the fifth occasion to be a shaman, my focus is to guide all to live a life of fun and joy. Helping to create harmony within and without by our actions during this period of transition. My first book came about because my body was trying to send me messages, except I was not listening until intense back pain made me do so - eventually! I help the successful who sense they have a mission, though no idea what it is or how to release what may be blocking them from living it, to do so. I have worked in corporate and led technology companies worldwide; coaching fledgling organisations to those the size of the international operations of IKEA.