The chargeback process: Everything you need to know about chargebacks and how to win disputes

Chargeback accounts for a significant chunk of the $130 billion projected losses for retailers due to card-not-present fraud by 2023. 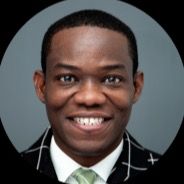 With chargebacks accounting for a significant chunk of the $130 billion projected losses for retailers due to card-not-present fraud by 2023, it’s easy to see why every e-commerce merchant must understand how chargebacks work.It would’ve been easy to write off chargebacks as a cost of doing business if the damages were just the transaction cost. Unfortunately, the actual cost of chargebacks far goes beyond the lost revenue. For every $1 chargeback you get, you lose up to $3 in penalties, regulatory hurdles, and opportunities forgone. Although winning a chargeback dispute is often like an uphill battle with less than a 20% success rate, for the most part, not fighting them makes things even worse.However, as with many things, if you better understand the rules, the odds against you will be much lower. And in this article, we’ll break down the chargeback process and examine how you can navigate the hurdle effectively.

Why fighting chargeback is extremely tough for merchants.

And in that sense, every stage of the chargeback process demands specific non-linear actions that must be carried out within a definite timeline. But not just that. The demands are not the same across networks or banks. These indices already present significant challenges to the merchant. But they go on to worsen the core issues of the chargeback mechanism that’s already faulty in itself.Why? Well, for one, like every human judgment, optics are not everything. The outcome of every chargeback dispute depends on the interpretations given by the decision-makers. That makes the chargeback process highly subjective.Also, the chargeback process hasn’t kept up with today’s eCommerce realities. The administrative procedures of meeting chargebacks do not always take into account evolving online threats and technological advancement. That makes the chargeback process subject to abuse. Cardholders can easily file a chargeback on a whim. Online fraudsters also capitalize on that fact to shoplift from eCommerce merchants.Equally important, the chargeback process puts an enormous volume of a burden on the merchant’s shoulders. The quantum of resources merchants need to fight each dispute doesn’t always tally with their rewards. These and several other elements make it incredibly difficult for most merchants even to consider challenging any chargeback.

The chargeback process and its inherent challenges.

In principle, the mechanism of the chargebacks is pretty straightforward.When a Consumer has a transaction issue they couldn’t resolve directly with a Vendor, said Consumer can seek remediation from the Card Network.It sounds so simple and just.Unfortunately, that’s not how the actual chargeback process works. There are several layers of activities and actors involved in each dispute, even the basic ones. In the interest of fairness and transparency, the chargeback process is not entirely horrible. You get some aircover in terms of a fighting chance. The problem is, there are ungodly amounts of roadblocks you need to cross to win a chargeback.In the following section, we share a breakdown of the chargeback process to help you become more aware of their inherent challenges and how to circumvent them.

The chargeback process begins with a cardholder challenging a transaction charge to their issuing bank. Every transaction has an inherent risk of turning into a chargeback in the future.As if that’s not enough, the Issuer can also initiate a chargeback. That phenomenon is called a bank chargeback, often caused by duplicate processing, an expired card, or merchant fraud. The acquirer handles the representment, and the cardholder may never even know of the dispute at all.

After evaluating the dispute, the bank will determine whether or not the case has the merit of proceeding to the chargeback lifecycle. The challenge is, the bank here bases its decision exclusively on the cardholder’s claims and any available data. The cardholder is their customer, and they’re obligated to take sides with their customer.

Third step: The issuer gives a conditional refund to the cardholder.

They will debit the merchant’s account of the original transaction with any applicable fees. Again, the merchant might have zero information on the chargeback until after the fund withdrawal, which can cause significant financial challenges.

At this stage, your acquirer will review the refund notice and either resolve the issue on their own or pass the claim over to you. As an e-commerce merchant with so many things going on, the chances of missing a chargeback notice are often high. That has caused significant challenges for merchants, mainly due to the strict deadlines for response.

Sixth step: You choose to accept or dispute the chargeback.

Here you have to decide on what to do with the chargeback; accept or fight it? But whatever you do, don’t ever eat the cost of meritless chargebacks. That’s a white flag to cybercriminals and online shoplifters.The problem is that disputing the chargeback involves definite documentation that must tally with the establishment's demands. Such tools include:

If you don’t have those documentation handy, which is by no means easy, evidence gathering will be a nightmare.

If you choose to fight the chargeback, you must respond within the established chargeback time limit. You must also include all relevant documentation as stated above. This step of re-establishing the transaction to the bank is known as “representment.”The challenge is that the limited response time, confusing rules, and processes make the chances of winning slim for merchants.

Eight step: The issuer decides on your case

Your bank will forward the chargeback dispute information to the issuing bank, reviewing the data. At this stage, you could get one of three results:

Getting a chargeback is already bad enough. An arbitration, which attracts additional fees, regulations, and responsibilities, is an extra layer of complications in the chargeback process. Hence, you must do your best to ensure your representment isn’t letting you down. Regardless of how efficient, persuasive, air-tight you made your representment case. The challenge is, without adequate tools, you can never win. That’s where Chargeflow comes in. By leveraging big data, Artificial Intelligence, and human insights, Chargeflow helps you win up to 80% of your chargebacks - without lifting a finger.Stay on top of your disputes and chargebacks from every connected payment processor in a single dashboard. And get AI tips to lower your chargeback rate and increase your win rate.

I help entrepreneurs and rising professionals to be successful. I have consulted for brands such as the MasterCard Foundation, GIZ, and British Council, to name a few. And my work has been featured in Forbes, DW, Business Insider, SABC, and many other publications. Besides providing outside insight that helps high-growth firms scale up faster, I'm also your guy if you need an SEO content writer for page 1 of Google search ranking. You can find me on Social Media via @tomchrisemewulu.