What is a Director Role?

What’s this person’s career path been so far? 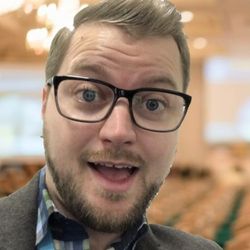 These were the first two questions of someone I mentor when they were investigating a potential promotion opportunity. A Director of Software Engineering position opened up due to company growth and business need (yay).

This person feels they are ready for their next step in their career for the right reasons but they didn’t know if being a Director was the right path for them or not. They wanted to know more about what it meant to be a Director of Software Engineering before they threw their hat in the ring. Before we dive in, here’s some context.

What’s this person’s career path been so far?

This person entered leadership because they wanted to be a multiplier. They felt they could help a team and the people on it be better, faster, and stronger if he was leading it. Over the past few years, he’s done just that.

Now, he’s curious about expanding his impact and he sees this Director opportunity as just that, a way he can compound the impact he makes on the people and teams in his sphere of influence but he’s not sure what the role is all about. Let’s dive in!

Here are our assumptions:

Definitions of titles vary from company to company. The definition of a Director of Software Engineering we’ll use today assumes the following:

So, what is a Director of Software Engineering?

The key difference between being a Software Engineering Team Leader and a Director of Software Engineering is the scale and scope of responsibility. Where a Team Leader helps their team focus on one set of problems to solve and spends a majority of time with their development team, a Director spans a number of teams, multiplied by the number of team members, multiplied by the number of problems to be solved. Let’s take a look at an oversimplified representation of this math.

A graphic of the Leadership Complexity Quotient, a fictitious formula I made up to highlight the scope and scale difference between a Director of Software Engineering and an Engineering Team Leader. (Leadership Scale Quotient = Teams * Team Members * Problems to Solve)

In the graphic above, you can see that the scale and complexity of a Director are twenty-seven times greater than a Team Leader if the Director is responsible for leading three teams of equal size compared to just one of the Team Leader. We’ve extrapolated this further to show the Leadership Complexity of a Vice President or a more senior executive title. While this math is made up, it highlights the difference in scale of responsibility really well between the levels of leadership.

As a Software Engineering Team Leader, I can keep track of eight-team member's careers and three business problems really well. I am able to have regular one on ones with everyone on my team. I’ll hold daily stand-ups and regular ceremonies to help my team execute and improve. I probably even have time to get my hands dirty writing code on a regular basis.

As a Director of Software Engineering, things start to break down. Using the graphic data above, it’s almost impossible to hold twenty-four hours of one on ones each sprint.

Most stand-ups happen around the same time each morning and cloning isn’t a thing (yet) so you can’t be in three places at once. Also, good luck knowing enough about the problem to find time in your day to write actual code that contributes to the solution at a high-quality level.

Being a Director is about learning how to scale your leadership!

Okay, cool. Now we know that being a Director is about learning how to scale your leadership. Let’s also throw in the riddle of having to do this one more layer removed from the team while being further away from the technical solution.

If the key difference between a Team Leader and Director is scale, how do I scale my leadership if I am further away and have less ownership over the code? Exactly! This is the role of a Director, to figure out how to solve this problem. We’ll cover some tactical “how’s” in a later conversation but here’s a clue, lead through your leaders.

What should I expect as a Director?

This was the second question my mentee asked. They wanted to be eyes-wide-open going into the interview so that they really understood what they were signing up for. Here’s a shortlist of what you can expect as a Director that we came up with in our conversation:

Directors should focus on the ecosystem

This statement is where we left our conversation, that Directors of Software Engineering should focus less on the day to day and more on the overall health, stability, and performance of the macro-team.

To me, this translates into building an ecosystem, a complex network of interconnecting people, problems, and opportunities. Our job, as senior leaders, is to help the ecosystem find balance, autonomy, and ultimately, to thrive.