Empathy in Leadership: The Importance of an Empathetic Boss

Unexpected events can impact our lives, but how these events play out at work and with your boss 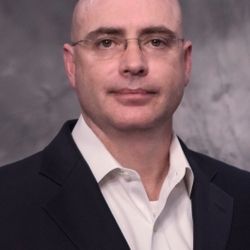 March and April 2017 were easily the worst two months of my life. It was during those months that our then 8-year-old daughter, Hana, was hospitalized for over six weeks with a mysterious, life-threatening illness. I am grateful to say she is happy and healthy now, but that outcome was not always certain.

Through the ordeal, my coworkers and boss were all incredibly supportive and understanding, but one experience from that time at work was especially impactful. Just before Hana got sick, I had applied for another role at Ericsson, and a couple of weeks into our ordeal I was notified that I had been shortlisted to interview for the position.

Ericsson has a strong culture of job rotation and hiring from within, so it’s not uncommon for employees to change jobs by applying for internally posted roles like this one.

In fact, though there are hundreds of career opportunities posted on our Careers page on any given day, most openings are filled from within, including many senior-level jobs.

Being selected to interview for this job was great news, but with Hana still in serious (but stable) condition, the timing was rough. But the opportunity was a big step up in responsibility for me and it was a role I was very interested in, so my wife and I agreed I should go ahead with the interviews as we continued to hope for the best with Hana’s recovery.

Fast forward three weeks: Hana was improving daily and her doctors were cautiously optimistic, though she wasn’t out of the woods yet.

At work, my interviews had gone very well, and the hiring executive called me into his office to offer me the job. I was incredibly excited about the role, but it came with a high level of responsibility, so before accepting, it was important to me that I explain the situation in case things took a turn for the worse, as that could impact my ability to execute the job.

Hana and her twin sister Haley

After I explained the situation, my soon-to-be boss told me that he had heard about my daughter and had not mentioned it since I chose not to bring it up during the interviews.

He did not know that her condition had been improving, but said he consciously decided not to make it a factor in his decision to interview or hire me because he “wanted to work for the kind of company that would give me that same consideration if I were in that situation”.

Those words have stuck with me since and have become something of a reference point when I think about what empathetic and compassionate leadership looks like in practice.

While it’s easy enough to say that making hiring decisions without regard to a family member’s medical situation is simply the right thing to do, this was a high-leverage role that would have a direct impact on the success of the organization and my boss, so there was a lot at stake.

And it’s when stakes are high that people and companies demonstrate if something is truly a core value, or a nice sounding talking point that is set aside when it becomes inconvenient.

11-year-old Hana on the left with her mom, dad, and sister

The Importance of Empathy in Leadership and Company Culture

This was obviously a very personal experience that had a major impact on my career and life, and extreme situations like mine are thankfully rare.

But how much of a difference does it really make in your day-to-day working experience or career prospects to have an empathetic manager? If you were considering two otherwise identical job offers, one with an empathy-challenged boss and one with overflowing empathy tanks, how much more in compensation should you require to take the job with the low-empathy supervisor? Zero? $5,000? $50,000?

I wanted to get an objective perspective from a subject matter expert on this, so I reached out to noted management consultant and author Liz Kislik, who has written extensively on leadership and company culture. Here’s Liz’s take on the importance of an empathetic boss:

“It’s possible to be successful without an empathetic boss, but it certainly saves you a lot of work if you have one. Empathetic bosses are more likely to understand you, your motivations, and your concerns, so you can spend a little less time worrying about how to present to them, persuade them, make a case for the things you believe are important or necessary to your customers, your team, or the work itself. You still have to be thoughtful, of course, but you can just explain your thoughts and your position.

When you address a more personal issue with them, whether you need time off for a family matter, want to get some outside education or development, or just want to chat about your future in the organization, you can have that conversation with more confidence.

They’re less likely to take things the wrong way, more likely to be interested in what you say because they care about you, and want what they believe is best for you rather than seeing you clinically as an object — a kind of human resource — who’s meant to take care of and accomplish the things they need rather than as a whole human being in your own right.
Also, empathetic bosses are more likely to anticipate on your behalf: “What will Dan be wanting at this stage of the game?” or “What new skills and opportunities should we be offering Dan in the next few months?” would be natural things for them to think about.

A less sensitive or less considerate boss is less likely to be thinking specifically for your benefit, or acting in any way as a mentor or sponsor. When you ask them for help or guidance, they’re likely to weigh their convenience, their goals, and whether something’s in it for them more heavily, so you’ll really need to make a good case for yourself to get the attention and support you want.”

Liz went on to explain that while working for an empathetic boss is important, company culture is also key:

“What you really need is a company culture that expects and requires leaders to care about all their stakeholders, both in aggregate “our customers; our employees” and individually “Ms. Smith who experienced a product failure; Dan who needs an accommodation of some kind to do his best” and that makes those cultural norms concrete. Then those expectations will flow through to your recruitment and hiring practices and to subsequent performance evaluations.

When a company is staffed with empathetic people, you may feel it — you may think, “How nice everyone is!” or “I love my colleagues!” and recognize that it just feels safe, comfortable, and enlivening to be with your coworkers. Or you might not notice it so much if you haven’t had previous bad experiences. What you really notice is when a company does not care about empathy or compassion.

Then you see a kind of utilitarianism and expedience that can go so far as exploitation, for instance, when shift workers don’t learn what their shifts are till two days before, so they can’t arrange their lives. Or people treat each other badly, jockeying for position and manipulating each other, and the general expectation is that you have to “watch your back.”

I did a consulting project for a company that involved several visits to their premises. Every time I went there, someone (different individuals each time) was crying in the corner of the reception area, and not because they’d had a death in the family or some other kind of personal tragedy.

This was a very troublesome sign, and was borne out by a general lack of cooperation, insight, and willingness to change — even as they claimed to want change. I finished the assignment as quickly as I could, and declined to continue for a renewal and more work. When it feels that bad, it’s usually not healthy to be there.”

So, having an empathetic boss is valuable, but it’s also important to work for a company that treats empathy as a core leadership value, demonstrated in both their words and actions.

How Ericsson Is Making Empathy and Humanness a Core Leadership Value

As part of our company-wide cultural transformation program called ‘Ericsson on the Move’, Ericsson has established five core leadership values we believe should be lived and experienced at the company every day: empathy and humanness, cooperation and collaboration, fact-based and courageous decisions, executing speedily, and fostering a speak-up environment.

But this program is more than just “culture by mandate”. To ensure it would take root, Ericsson has put thousands of its formal and informal leaders through intensive, hands-on workshops where leaders are not only given training and resources, they are encouraged to experiment with different ways of putting these values into practice in their day-to-day jobs.

(Publishing this very personal blog was an empathy and humanness-inspired experiment I conducted last year).

A program like Ericsson on the Move is a substantial investment in money and leadership bandwidth. But to be effective, such a program can only focus on a small number of things, usually three to seven. Ericsson decided to have five focus areas for its transformation, which means that several other worthwhile and important things had to be left out.

Given this constraint, why did Ericsson choose to make a “soft” area such as empathy and humanness one of the pillars of their transformation versus, say, continuous learning, where the ROI might be more obvious? Niklas Heuveldop, President & CEO of Ericsson North America, explains:

“Empathy and humanness are fundamental leadership attributes at Ericsson. We depend on authentic leaders that care deeply about our employees and communities, leaders that are capable to assimilate and adapt their leadership to bring out the best in our people and mobilize Ericsson to our full potential, for the benefit of our customers, employees, shareholders and society at large.”

As Mr. Heuveldop’s quote demonstrates, Ericsson believes its emphasis on empathy and humanness not only makes Ericsson a better corporate citizen on a planetary scale, it is also key to a high-performing workforce — a very tangible business benefit.

Few people would argue that having empathetic leadership isn’t good. But business and life are resource-constrained endeavors.

Prioritizing one thing implicitly means deprioritizing others. So, how important is having an empathetic boss to you? Is empathy as a core leadership value a top-five criteria for you when considering an employer? Find me on LinkedIn or Twitter and let me know — I’d love to hear your thoughts.

And to learn more about career opportunities with a company that prioritizes empathy and humanness in its leaders, visit Ericsson’s Careers page.

Originally published in the Ericsson.com blog.