Can the future of mobility solve our congestion woes?

It boils down to three fundamentals: demand, supply, and interactions 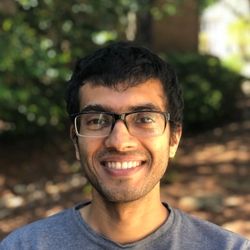 Whether you imagine the future of mobility to be driverless vehicles, e-scooters, mobility as a service, Musk’s boring tunnels: they all come with the promise to reduce traffic frustrations.

All of these new technologies come down to 3 fundamental factors.

The COVID pandemic had already solved much of our transportation woes albeit temporarily — by significantly cutting demand. Working remotely might be here to stay, but if the choice is between traffic congestion and employment, full employment is definitely the choice.

In fact, based on mobility trends from Apple Map users, mobility has recovered back to pre-COVID since August.

Future mobility solutions to our demand problem require making sure that road network capacities are not exceeded — not too many people enter the road at the same time. This is a societal scale problem. Unfortunately, many things happen at the same time. Jobs start at 9 and end at 5, schools start at 7 or 8 AM and generally traffic follows daily patterns of congestion.

Controlling and pacing demand is an avenue for the future of mobility to dramatically reduce congestion. Apart from remote work, other types of solutions include staggering working start and end times for different companies in the same region. However this is easier said than done.

Who is going to coordinate and implement this? It requires coordination between multiple levels — private companies, public schools, and lawmakers need to come together and make recommendations.

Another issue is the implementation — how to ensure that drivers follow these orders? As an extreme example, take hurricanes. Researchers have known for a long time that efficient evacuation is the key to avoiding potentially deadly traffic jams. But in our recent history, traffic jams hundreds of miles long during evacuations have become normal.

During The 2017 Hurricane Irma, Floridians evacuating en-masse created a traffic jam 780 miles from Miami to Chattanooga, Tennessee. Moreover, being stuck in such traffic jams can be deadly. During the 2005 hurricane Rita, an estimated 90–118 people lost their lives stuck in gridlock and excessive heat, even before the hurricane arrived.

So how can the future of mobility ensure demand is controlled such that these dangerous traffic jams don’t occur? Google Maps and other routing apps are more reactive than proactive — as in they respond to the current state of traffic which can often be delayed.

You might think as you are getting on the road that the travel time is X hours, but if everyone is thinking like you, it might end up being 10X the time, due to mass evacuations. Its possible that companies with real-time Location based data like google or apple come up with methods to warn people as they are heading out that there is a high potential for city or even state scale traffic jams.

In this case, a fraction of evacuees can be routed through alternate (albeit longer) routes, while saving the overall travel time for everyone. Other ways include leveraging upcoming connected vehicle and smart cities to provide rerouting options and real-time information such that travelers can make smart decisions.

Elon Musk’s boring company is the best way to illustrate the supply idea. Tunnels are three-dimensional whereas roads, transit, bicycles are all two-dimensional! Imagine building a road network above our cities or flying vehicles — all of a sudden, capacity is increased tremendously.

Adding existing supply by increasing number of lanes or putting extra roads in might not solve the problem of congestion.

What then? Adding in multiple modes of transportation like transit, pedestrian, bicycle friendly environments, e-scooters etc. are a much better direction, and don’t encounter Braess’s paradox as they are on different spatial transportation infrastructures. Increased car sharing could be spurred from mobility as a service technologies — wherein people choose to pool and share rides rather than driving their personal vehicles.

This is definitely in the research phase. As of now, we don’t know yet how autonomous vehicles will change traffic patterns, and how much market proliferation is needed to see significant changes. E.g. is 10% of vehicles driving autonomously enough to alleviate congestion, or is it more like 50%?

The future of mobility offers numerous ways to streamline traffic and significantly reduce congestion. It all comes down to 3 fundamental axes: demand, supply, and interactions between individual entities on transportation networks. Some futures are more easy to implement (and should have been done years ago!).

COVID has shown us that reduced demand is potentially sustainable — we need to figure out how to keep reduced demand and at the same time keep society employed. This is no easy task, but a simple look at the numbers shows a near 50% drop in road mobilities during COVID as compared to 25% of workers layed off. This could potentially mean the rest 25% continued to work at home — thus a 25% reduction in demand might be sustainable post COVID.

Increased new mobility options like e-scooters, tunnels, transit options, and bike paths would increase supply. Some of these options are more costly than others, and I’m excited to see what the future holds for sustainable multimodal transportation.

Controlling interactions between vehicles is still in it’s infancy, and even an open research question. Keep in mind though that just having autonomous vehicles that react quicker to humans isn’t enough. You must take into account the sub optimal human in the car behind an autonomous vehicle.

Senior Data Scientist talking about data, security and success and breaking down the complex everyday world. As see in Forbes, BBC, etc. Mentoring in Data Science and Machine Learning.