Rajesh Barnwal, an editor at a leading news portal, talks about future of online journalism 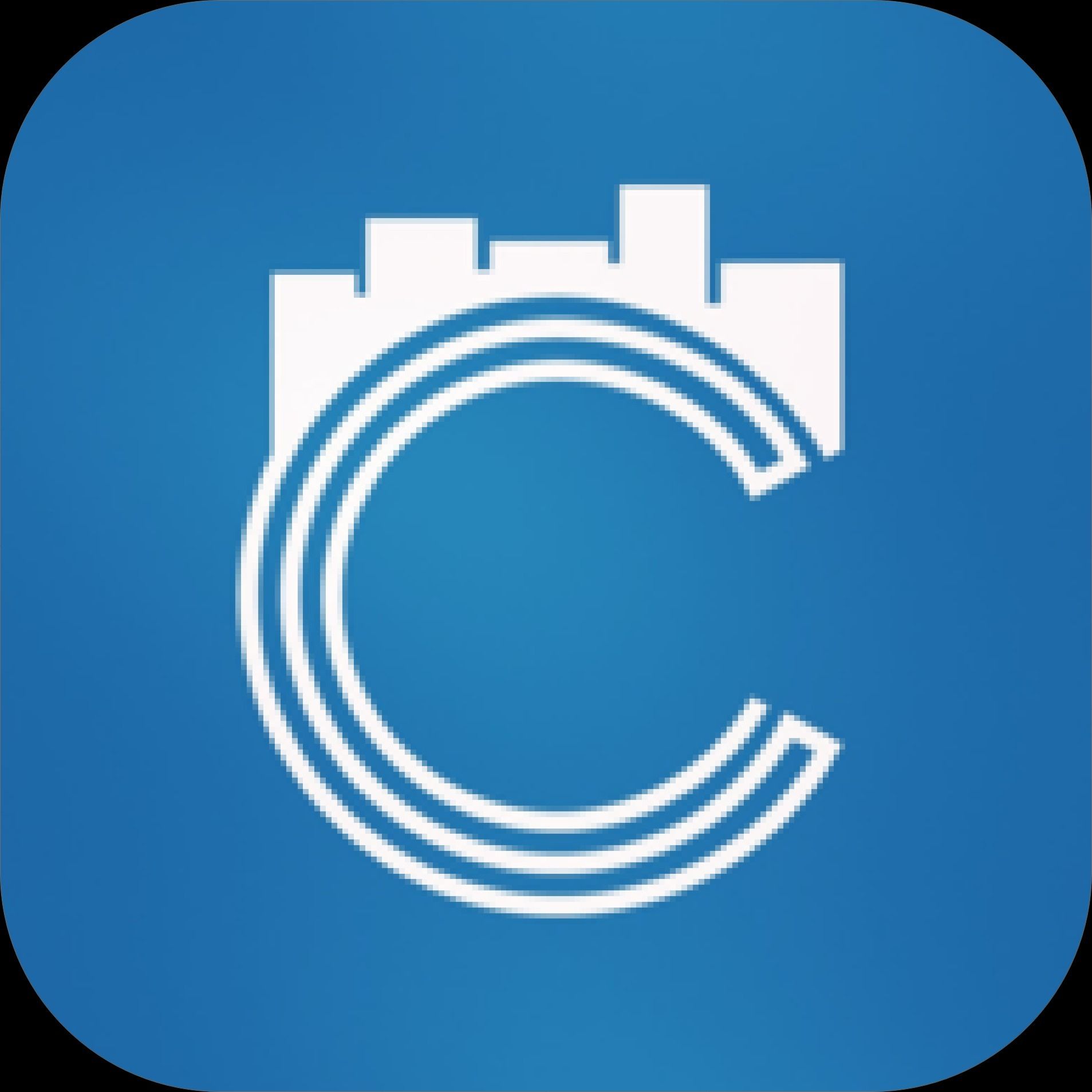 Technology has opened the world to a plethora of knowledge and information and has shifted the concept of journalism away from the “elite clubs” of media houses to the common man.

Rajesh Barnwal, an alumnus of the Indian Institute of Mass Communication and a digital media professional with more than 17 years of experience, talks about the evolution of digital content and shares his views about the future of online journalism in this exclusive interview with CoFoundersTown.

Q. How much has journalism evolved in the last decade and how big a role has technology played in it?

Journalism has changed a lot during the last decade. The most remarkable change which can be observed is that desk has almost lost its glory. Now, almost every journalist is expected to file stories or write articles on a regular basis.

Nowadays, the quantity of articles published is more important than their quality. One unfortunate consequence of this change is that nowadays, if you look closely, you can detect errors in the copy of even most read newspapers, even on their front page. The malady is worse when it comes to online.

The second prominent change is news stories, especially in digital media, are increasingly being produced as per the requirements of Google than to fulfil the needs of the readers. Today, both the writers as well as the readers of the news articles are in a great hurry.

Now, media articles are mostly scanned and rarely read. Gone are the days, when news stories were read, understood, analysed, discussed and examined. A leading language newspaper is believed to have stopped publishing editorials. So, there goes the voice of the newspaper.

The third major change is the apparent commercialisation of the news business. Yes, it’s mainly business now! And in this transformation, all the stakeholders have equally played their role.

Management is concerned about growing the revenue & profit to sustain the venture, keeping the advertisers happy, supporting the status que, retaining the journalists whose main concern is their paycheque. Hardly anyone cares about readers and what they want. But in an age when the readers want their news free, the free can only take its toll!

The internet has made the print journalism struggle for survival. Mostly, print journalism has adopted the wisdom that if you can’t beat them, just join them, and joined they have. But this is like putting someone on ventilator, which just sustains your life and not cure the disease.

Although, globally many print media publications have transformed themselves as Digital only ventures, in India newspapers are still not only surviving, but in a few cases also growing and prospering. But sooner or later, they too will have to feel the heat and when that happens it would be a nightmare for most of them.

Print journalism, at least in India, still carries its power and influence. There are many people who still wait for their morning newspapers, in spite of digital media’s presence on mobile, laptop, and TV.

Personally, I stopped reading newspapers more than a decade ago and have never felt sorry! Let’s hope, nay pray, for the future of the Print Journalism, that I am more of an exception than a rule!

Q. The amount of time and resources that’s being invested in online journalism just keeps on increasing by every passing year. However, the revenue factor always keeps any sort of business on their toes. To what extent do you feel this pressure to turn a profit resulted in questionable advertising and marketing efforts and a lack of focus on quality journalism?

Let’s face it! The business model of online journalism is broken. This business is more often being run on hope than good business sense.

Earlier, it was believed that if you build content, it will attract readers, who in turn will attract advertisers. But the likes of Google, Facebook and YouTube, none of which is a news media company, spread their massive net and captured most of the advertising money.

Then a second realisation came that let’s build our audience online and monetise them offline. It resulted in news media companies starting to behave like event marketing companies. Initially, this model was successful for a few innovatively enterprising ventures.

But soon a fatigue started surfacing. The latest trend is, going behind a paywall! The jury is still out on this. The challenge with this model is the same that you would face while trying to put the Jinn in the bottle, after it has come out in the air.

Now that people have become accustomed to scan news for free, will they now pay for it just because you want them to? Let’s wait for the jury to come back and pronounce their judgement!

When you are offering your product for free, you would hardly care for its quality. Let’s accept it, anything which carries quality cannot be free and vice versa. The second truth is there is no free lunch in this world.

What you see as free is actually being paid by the advertiser. And the one who pays earn the right to dictate. Any wonder then that most of the content is generated keeping in mind the preference of the advertisers and not the readers?

Q. What are some of the major challenges online journalism is facing right now?

The first and foremost challenge that online journalism is facing today is how to sustain and survive? More specifically, how to earn revenues, how to make profit, how to scale the operations, how to convince readers to pay for content, how to stand up to the whims of the advertisers?

The second major challenge is how to earn respect of the readers, the kind of respect that newspapers used to relish in the days long gone by?

The third major challenge is how to attract talented and veteran journalists who could report from the ground, write original, exclusive and thought-provoking articles, who could break stories, who could write as per the high journalistic standards and cross-check them for any factual or grammatical errors before hitting the publish button?

In other words, how to ensure quality? And to me at least, all these three are indeed insurmountable challenges to deal with! The reason being online journalism is known for speed and quality seldom travels with speed!

Q. With technology evolving at a greater speed than ever, what according to you, is the future of online journalism?

The future of online journalism is bright! It will be there, but in what form only time will tell!

Q. How does your day-to-day life at work looks like? What’s the most challenging part of being an editor?

My typical day-to-day life at work is struggling to maintain quality amidst quantity and speed. And if I am any successful in it, it’s only by putting more time and efforts in it. There is no other secret!

Q. Is there anything called quality content in the present context? If yes, how would you define that? If no, how do you go about deciding what content goes where?

Of course, there is quality content, even in online journalism! If any system survives, it’s because at least 10 per cent of the people involved in the operations are doing exceedingly well!

Q. How has the role of an editor currently different from what it used to be some years ago?

Earlier, an editor was responsible for consistently providing quality content to the readers. And the readers used to pay for buying the newspaper, to keep the venture running.

Nowadays, an editor is expected to work in alignment with the business head to see what he produces also helps the company earn revenue and profits, in one way or the other.

Q. While technology has been a revolutionising factor, the increasing number of fake news is presenting a challenge to publishing teams all across the globe. According to you, what could be an ideal way to combat this problem through human curation?

Every age has its own share of heroes and villains. Similarly, fake news is not going to get anywhere. We just have to learn to live with it. We can’t dictate people from which source to get their news.

What we can do, and do we must, is that we should provide, as far as possible, only authentic and verified news, and enable the people to differentiate between what is genuine and what is fake, and who provides fake. Let’s take care of what we can control, and leave the rest to their own.

In this digital age defined by speed, publishing only authenticated and verified news is easier said than done. And every online news media is liable to make mistakes, in spite of their best intentions and efforts. But the honest ones will quickly own their mistakes and make amend, as soon as these are brought to their notice.

Q. What’s that one thing about being a journalist no one talks about?

Being a journalist, not so long ago, used to mean acting brave, unearthing truth, standing up to the power that be and facing the consequences! Not anymore.

Today, journalism for most people is like any other profession, a means to earn a living, preferably a comfortable living, if not luxurious living! If we think about it, that in itself is not bad!

For, if you care about money, you will make all the necessary efforts that the money continues to come on a regular basis, not just in the short-term, but also in the long-term and that will happen if you are creating value, if you are doing quality work, if you are making someone content, if not happy, day-after-day, month-after-month, and year-after-year!

Q. What would you advise someone who would want to make a career in online journalism?

As long as there are people who are curious, who are inquisitive about the things around them, about the people they care about or they want to know more, there will be journalism in one form or the other. So, the future of journalism is definitely bright!

Now, since you want to make a career in online journalism, ask yourself what are the things that you need to do to make it really a career. You may not get your answer on Day 1, but if you are thoughtful, sincere and passionate about this profession and about yourself, sooner than later, you will get your answer!

My sincere advice is to enter this profession with a clear objective: Do you want money, fame or satisfaction? This profession can offer you all, not necessarily together! One thing is clear, what you want is what you will get!

Ideas are easy, Implementation is Hard, learn from the ones who knows how to start. A Publication by Tealfeed.