How Many Great Leaders Have You Really Had?

It was an answer I had to really think about, and in truth, not very many. 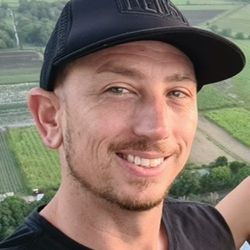 I was asked this question during a chat with a friend the other day, as we reflected on the last few years. I had been fortunate, he had not been. But in truth, over our working lives, there had been very few great leaders. Very few people that genuinely made you better and supported you through that growth.

There is another aspect to this, in a world of five and six out of ten leaders, how do you strive to get to a ten? We have reached a point where there is sufficient information available that there should be a reduction in mediocre leadership. But it isn’t happening, there is still mediocre leadership everywhere.

This is because it is harder than reading information on the web. It is changing how you act and think that changes your effectiveness, not the information you have read.

So, do you want to be a great leader? If you do, you need to think about the actions required to lift you from a 5 to a 10. It is action that will get you there, and here is the information you need to start.

How many have you had?

I want you to do some quick sums on the number of bosses you’ve had. Recent statistics have identified that the average time in a job for people aged 25 to 45 is around four years. Remember that means bosses will change at roughly the same rate. So you might get a different boss through them moving or you around every two years.

Using this as a reference I think I’ve had around 15 bosses, in my workplace, there were regular postings with no one staying in a role more than 3 years.

From that roughly calculated number, on reflection, I have had only two great leaders and perhaps three more really good ones. Two leaders close to 10 out of 10, and a few at 7 or 8. This leaves 10 out of 15 that weren’t that good. Ten out of fifteen that have been mediocre or bad. This is a terrible number.

Poor leadership leads to low workplace morale, a drop in personal motivation, and a low performing team. Nobody wants to work like that. If so many leaders just aren’t that good, there are a lot of people out there in low performing, low morale teams.

Nobody wants this. Everyone deserves to leave work with energy and motivation. Work should be challenging, but it doesn’t have to be demoralising.

If I contemplate the two leaders that I consider great. They made me a better contributor and leader and pushed me to achieve things that seemed beyond me. There is probably one key theme that stood out.

They both looked to collaborate rather than direct. I’ve reflected on this for a while, and it is the thing that stands out. We had very few meetings, we had problem-solving sessions. We had very few task trackers, we had whiteboard sessions and intent refinement. When I was stuck, I didn’t get told what to do next, I got supported until I worked out the next step.

They were generous with their time and attention and genuinely cared about how I was doing.

In a world where everyone is busy, and time is precious, they took the time to understand work and life stressors and support me while I fumbled for the next step.

What was it like for you, with the few bosses you have had that have been great, what made them so?

Some leaders are better than others, not everyone can be great at it. But there are ways to get better and the easiest way is to forget you are the boss and work out what your team needs to succeed. It is rarely another task. You need to engage their mind and not there arms and legs.

Give them a problem or intent and let them work out the steps, don’t just give them tasks. Give them your time, and let them find their path forward. It is this simple action that will take you from a mediocre leader to a great leader.