Clinging to Relevance in the Pandemic 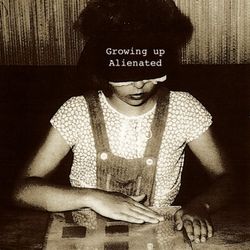 With Hollywood in pandemic purgatory, actors have been turning to other mediums to maintain relevance — and what better way to achieve this goal than by invading the digital proletariat.

One of the more popular platforms celebrities have been flocking to is YouTube.

In its early days, YouTube was a space for making the invisible visible.

It was a digital refuge for amateur videographers, outcasts, social recluses, and other unseen voices to publish their raw, unvarnished videos for anyone to watch.

Catering to the Affluent Few

YouTube is a space that no longer caters to the unseen majority, but the affluent few, though its shift towards pushing corporatized content isn’t new — and the pandemic has accelerated this shift.

Brie Larson, an Oscar winning actress with an estimated net worth of $10 million, is one of many celebrities who flocked to YouTube amid the pandemic. Larson’s channel was heavily promoted by the media, and she was verified and monetized — all before even posting her first video, a rare (and arguably, impossible) feat for YouTubers.

Larson, who starred in big budget films including Kong: Skull Island, Captain Marvel, and Avengers: Endgame, surprised many with her pivot to YouTube.

But with Hollywood at a standstill, this shift towards the digital is unsurprising. In Larson’s case, this pivot was strategic in two ways: a) it works to shift public opinion about her (Larson’s been criticized for being ‘cold’, ‘unapproachable,’ and an outspoken liberal feminist); and b) it’s a way to stay in the spotlight.

In Larson’s debut video, it was apparent to me that she was molding her persona to what she thinks the viewers would like. Brie presented herself as camera shy, despite having acted in front of a camera since she was 8 years old.

Her talking points were often stilted and forced, like she was auditioning for someone playing an influencer in a movie — and not actually being herself, which was ironic considering the advice she got from other popular YouTubers was to “be yourself.”

The whole video was a fascinating look into how A-listers contort themselves in order to appear relatable, to show they’re really just like us!

Normally, Content is King, but celebrities are the exception to this rule.

The actual content doesn’t matter when there’s a celebrity on the other side. Thousands of subscribers flocked to Larson’s channel after just one video was posted — an impossible and awe-inspiring feat for content creators.

This runs counter to YouTube’s ethos: creators put out content first, and then build their followers afterward. This is the entire appeal of YouTube channels. It’s not the responsibility of your viewers to give you ideas, It’s your responsible to entertain, inspire, or inform viewers (although I admit many established (read: corporatized) creators are now heading in that direction of serving more as a paid advertiser than a creator).

Content creation is a time-consuming endeavor — any creator will tell you that: it requires preparation, planning, execution, editing, and review. And while there’s certainly nothing stopping celebrities from launching YouTube channels, there’s an inherent advantage to being a public figure versus being, well, everyone else.

Small creators have to work tirelessly to build up their channel, often working on top of demanding, full-time jobs and other life commitments, which leaves me to wonder if Brie will continue pumping out content once Hollywood comes out of its pandemic reverie.

Larson’s channel is a microcosmic example of an established trend: YouTube has been purging small creators in favor of corporate money for years, diverting attention away from unique content creators, and towards accommodating celebrities like Zac Efron, Dwayne Johnson, Will Smith, and others. The pandemic has prompted more to join the ranks, including Jessica Alba, Jameela Jamil, and Reese Witherspoon.

Meanwhile, on other platforms like Instagram and Twitter, celebrities are churning out uninspired content, in a desperate bid for views and public attention. Some celebrities even reportedly tipped off the paparazzi to photograph them whenever they take a walk around their neighborhood, which I recently learned is called a “pap stroll” in the tabloid world.

For celebrities, these hobbies are simply supplemental to their burgeoning careers — they have financial security, resources, and teams of people to help them cultivate the exact image they want to present to the world. These are just fun activities to do on the side while riding out the pandemic.

Meanwhile, smaller channels struggle to survive on YouTube and other platforms, competing against star power, money, and biased algorithms, proving once again that affluence and money rule all.