How Jessica Alba Turned a Hopeless Situation into a Successful Business 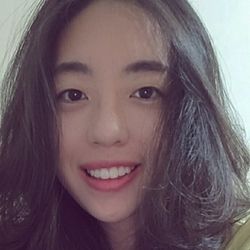 The girl in movies you see wearing a bikini and kicking ass is how Jessica Alba describes how most people perceive her. It’s an unsurprising depiction of her Hollywood persona. Alba is an actress best known for starring in blockbuster action movies like Fantastic Four and Sin City. In 2007 British men’s lifestyle magazine, FHM named her the Sexiest Woman in the World.

However, in 2015 she graced the cover of a different type of magazine. Wearing a sleek power suit and a confident smile she fronted the cover of Forbes Magazine, making it into the list of America’s Richest Self Made Women –not as an actress — but as an innovator who created a business from scratch.

This is the story of her journey towards entrepreneurship.

It was the spring of 2008. Jessica Alba was pregnant with her first child. In her New York Times bestseller, The Honest Life, she recalls it was a hot spring day. Her ankles were swollen and her belly was enormous. Using a special baby detergent her mother insisted she use, she laundered bundles of onesies she received at her baby shower.

While folding a batch of freshly washed baby clothes her hands broke out in rashes and hives. The itching and swelling caused by this baby detergent haunted her with flashbacks of her own childhood- which she spent in and out of hospitals. It wasn’t the kind of childhood she wished for her baby.

If a detergent marketed for babies gave an adult such allergic reactions, she couldn’t imagine its potential harm on a child. Researching on Google was not enough for Jessica. Determined to understand what was going on, she sought epidemiologist, Dr. Philip J. Landrigan.

She learned that in the last three decades under the Toxic Substances Control Act- which hadn’t been reformed since being issued in 1976- more than 80,000 potentially harmful chemicals were introduced in the United States without being tested. At the time, only 11 of these were banned.

Alba partnered with Safer Chemicals and lobbied on Capitol Hill in support of Senator Frank Lautenberg’s Safe Chemicals Act, an aim to increase awareness and safety of consumer products. No matter which legislator she spoke with, she was met with frustration.

“They turned it into an are you a Liberal, are you a Republican, what side are you on?- situation”, she recalls. Congressmen disregarded her “I’m on the human side” response.

Unable to find conventional household products that were transparent about their ingredients, she ticked off every other possible solution that came to mind. She tried shopping around the problem. She learned that alternative products oftentimes marketed as “good for the planet” products cost up to five times the price of conventional goods while still containing toxic ingredients.

She even attempted to DIY (Do-It-Yourself) her own cleaning products using vinegar, baking soda, and essential oils. In doing so, she succeeded in annoying her husband by making the whole house smell like eucalyptus salad dressing.

With far too many questions she reached out to Christopher Gavigan, during the launch party for his book Healthy Child Healthy World. While unable to give her the answers she needed, as a fellow parent he understood Alba’s frustration.

It was clear that there was a necessity for safe, accessibly priced, effective, and modernly designed household products. Yet because there wasn’t a single company out there that met all these key standards, Christopher Gavigan and Jessica Alba rolled up their sleeves and decided to take matters into their own hands.

For the following eight months they worked on product formulation and on drafting a business plan for what we know today as The Honest Company.

Coping with Rejections: Allow Yourself to Learn from Your Mistakes

During an interview with Tony Gonzalez, he asked her if she was intimidated as she transitioned from acting to business, “I went through about three years of middle-aged white men telling me I was never going to make it, and what I was thinking, how dare I? And then lots of people coming in, giving me sage advice, that- you should just do one thing, you should just stay in your lane [acting]”, she said.

Going against the odds, the first time Alba and Gavigan approached e-commerce pioneer, Brian Lee, with their business proposal, they were met with a polite rejection. This first business pitch consisted of a 50-page explanation of a mission-driven brand called “Love & Honor”, which Alba jokingly admits to sounding like a bridal company.

Years later, on their second and last attempt to recruit Lee, things differed. Alba chucked down the 50-pages into a 10-page deck, pitching the now called ‘The Honest Company’ as a mission-driven brand “offering honest and transparent, effective products that are beautifully designed, affordable and easy to get”. When asked what made him change his mind this second time around, Brian Lee recalls that at the time, his wife was pregnant with their second child, and she too was experiencing a need for safer household products.

Surround Yourself with Experts from Different Fields

In her book, The Honest Life, Alba admits to being just a mom and just an actress, which is why in order to create The Honest Company she needed to surround herself with partners with expertise that she otherwise lacked.

In her fellow co-founders Christopher Gavigan, Brian Lee, and Sean Kane, she found a toxicologist, a tech guru, and a businessperson, with whom she shared a like-mindedness in wanting to change the world by doing business differently.

Sticking with Your Core Values

In 2012 the Honest Company launched with a carefully thought out selection of 17 products. Bearing in mind Alba’s detergent story, the four co-founders agreed on seventeen products that resonated with their own families and babies, which included: diapers, wipes, shampoos, lotions, cleaning products, and of course, laundry detergent.

Jessica Alba’s entrepreneurship journey segued through a path of passion to purpose to profit. She sparked life into a company that reached up to a $1.7 billion valuation in 2015, a company that amidst the 2020 global pandemic saw a 32% rise in sales since early March.

Yet as of today, skepticism on whether Jessica Alba is just the face of the company still prevails. But for those of us who know how she started The Honest Company, we take away an inspiring story that reminds us that hard work is damn hard -and it is inevitably accompanied by rejections- but, hand in hand with a mission-driven mindset it eventually pays off.

Writer | M.S. in Professional Writing at NYU, Student | I dog-ear and scribble on the margins