What We Learned From Podcasts This Week: The Gut/ Brain Link & A Haunted Prison

Who's in charge? Our brain or our stomach? 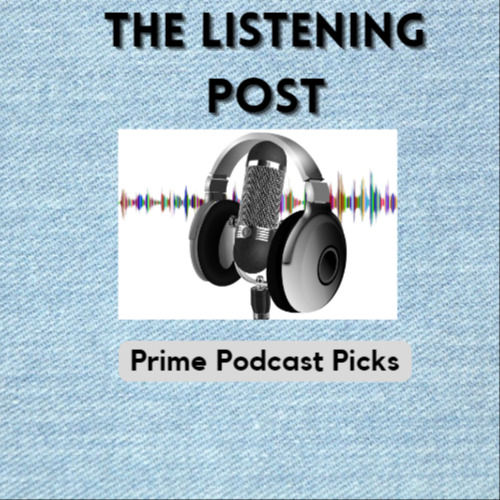 Gastropod talks about the gut/brain connection

In the August 16th episode of Gastropod, Gut Feeling, co-hosts Cynthia Graber and Nicola Twilley discuss research about the connection between the brain and the gut, specifically the microbes there called the microbiome.

Gastropod looks at the hidden history and surprising science behind a different food and/or farming-related topic, from aquaculture to ancient feasts, from cutlery to chile peppers, and from microbes to Malbec.

During the episode, an experiment from 2011 was detailed, in which different strains of mice grow up without bacteria. The result was that, in addition to their stress response being changed, their brains didn’t develop normally.

For example, there’s a region in mouse and human brains called the amygdala, which is linked to emotions like fear and anxiety. In the experiment, the baby mice without any bacteria in their guts, the neurons in their developing amygdala end up making different connections.

One striking fact noted was that the gut also produces about 50 percent of the body’s dopamine, which is involved in reward and motivation.

In the episode, co-host Graber notes, “Like many things about this episode, this fact sounds bizarre. But a lot of chemicals and receptors do things in different parts of the body, not just what they’re most famous for. Some of you might remember that there are umami receptors in human testicles.”

Graber continued: “In fact, in our guts, serotonin is what tells our colon to contract and squeeze without us noticing, in order to move material along for us to poop. Maybe this is part of the reason we feel so good after a successful bathroom visit.”

Unexplainable podcast discusses our gut and its relationship to our emotions

In the December 21, 2022, episode of Unexplainable with host Noam Hassenfeld, Dr. Katerina Johnson discusses our microbiome and its relationship to our emotions.

Johnson discussed her plan was to take a bunch of human gut microbiomes… and look at the personalities of the people that they belonged to, to see if she could spot any connections between the two.

So she gathered more than 600 participants. She collected information about their diet, their lifestyle, their life history. Gave them a series of questionnaires to figure out how social and anxious they were, how big their social network was. And then, she gathered the most important data of all.

Dr. Johnson said in the episode: “So people are sent a stool collection kit in the post, and so they, they take their sample, and then they post it as soon as they can afterward. And I was working with a company to actually do the kind of like sequencing.”

What Dr. Johnson found was that sociable people have a higher abundance of certain types of bacteria. In the episode, she notes that, “So, you know, we know from kind of like animal studies that the gut microbiome can affect how likely they are to interact socially.”

The conclusion she draws is specific gut bacteria are also differentially abundant in humans in relation to their social behavior, which does suggest that the gut microbiome may contribute to variations in social behavior that are seen in the general population as well.

Dr. Johnson also found a link between those traits and how diverse a person’s gut was. So more diversity was linked to less anxiety. More sociability. But it is possible that, for example, social people end up seeing more people… swapping bacteria with them…and that is what leads to a more diverse microbiome.

In the January 9 episode of the Lore podcast, creator and host Aaron Mahnke delved into the history of prisons, focusing on one prison that is allegedly haunted — Eastern State Penitentiary in Philadelphia.

Lore is an award-winning, critically-acclaimed podcast about true life scary stories, exposing the darker side of history, exploring the creatures, people, and places of our wildest nightmares.

In the episode, Mahnke makes a surprising revelation. That centuries ago, punishment for a crime was so painful and odious — flaying, whipping, and an excruciating execution — that prison was the least objectionable part of the criminal justice system back then. After a brief but fascinating discussion of the history of prisons, Mahnke then discusses Eastern State and its most famous occupant, Al Capone. For eight months, from 1929 to 1930, Capone served time at Eastern State for carrying a concealed weapon. His cell was dubbed “Park Avenue” because of the amenities that Capone and other notable inmates enjoyed while incarcerated there.

Despite the luxuries Capone enjoyed, his stay at Eastern was traumatic for the gangster. Multiple times during his prison stay, Capone would awaken in the middle of the night screaming, “Jimmy.” When awakened, he claimed to see a ghost.

At the time, prison officials assumed that Capone was having nightmares about the St. Valentine’s Day massacre shooting he had ordered on seven members of the Northside Gang in Chicago in early 1929. One of the dead gang members was a man named James Clarke.

Eastern State Penitentiary closed in 1970, but re-opened twenty years later as a museum. Mahnke tells us — with creepy piano music in the background — that ghost sightings have been reported during museum tours.

I’ve taken this tour, and, although I’m not a believer in the spirit world, it is supremely creepy and eerie there.

I am a South Jersey-based author who published a nonfiction book on Amazon called "Stop For My School Bus...Or Else" about the world of the school bus driver. My novel "Away from Home" about four cats, dogs, and a parakeet surviving the California wildfires was published in May 2021 and can be found on Amazon. He is also the lead writer for the Ear Worthy podcast blog on Substack and Podcast Reports on blogger.