How to Leverage Workplace Conflict to Your Advantage

Reaching a satisfactory level of workplace communication is critical. 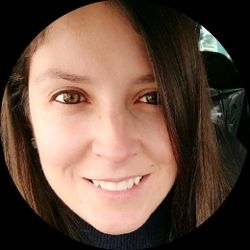 Have you ever had a boss or client;

Have you ever had condescending colleagues tell you certain design decisions were so obvious and didn’t need to be tested before being implemented? Or have other stakeholders tell you that you must do what they want because they own the product?

These are just some examples of frustrating workplace situations that I have had to deal with that can lead to conflict and that I know a lot of you can relate to.

Throughout my nine years of working in product development, from start-ups to enterprises and in various industries, there have been many instances of friction between myself and other colleagues or stakeholders in the companies I’ve worked for. During this time, I’ve had the opportunity to learn from my mistakes and manage workplace conflict more gracefully.

In 2015, research from the CIPD revealed that one in three UK employees had experienced some form of interpersonal conflict at work. In two other studies entitled “State of the American Workplace” and “Workplace Conflict and How Businesses Can Harness It To Thrive” by the Consulting Psychologist Press, revealed the top five reasons for workplace conflict are personality clashes, stress, workload, poor leadership and lack of honesty.

The consequences resulting from this can be pretty serious, leading to sickness or absence from work, project failure and employees leaving the company, which is costly to the business.

My experience with workplace conflict

Throughout my career, I have had to face many instances of workplace conflict, but one that stands out to me takes place at a company I worked for during my time in London. This company had two development teams, one local and another remote. I had been tasked with performing a heuristic analysis of the mobile website version of the company product.

It had been built by one of the developers on the remote team. For those of you not familiar with the term, heuristic analysis, in this case, is the process of evaluating the product in its entirety to identify any problems.

I had flown over to the remote team and met with the developer. I started pointing out the issues I had identified, and he became very defensive and kept pushing back and justifying his design choices. I began to feel a certain tension. I realised that the way I was approaching the conversation made it seem like I was attacking his hard work or criticising him, even though that was not my intention.

I decided to pivot in a different direction; I dropped the analysis exercise and spoke to him about the team’s UX goals and plans for the product. I wanted to give him an idea of what my mission was within the organisation and how I planned on accommodating the users of our product. All this, while including the entire team in the process, where we would collectively share ownership of the user experience.

Afterwards, I took him through the website once more mentioning my findings and this time he even took the initiative of pointing out certain glitches and possible customer pain points, without me even having to refer to them. He became much more open to hearing about the remaining problems I had identified, and later on, became a great ally within the company.

He now seemed to have more respect for my design decisions as opposed to harbouring resentment towards me and being resistant to cooperating in the future. This small victory was especially important in the context of remote working because just that fact, in itself, adds another level of complexity; however, I had successfully “secured” this collaboration channel.

What I learned from this brief clash

In his book Never Split the Difference, former FBI hostage negotiator Chris Voss mentions some important tactics of negotiation with the most important one being the creation of rapport through listening and empathising with the opposing party. If we break down the interaction I had with my colleague, we can see these tactics in play:

Photo by Anastasiya Yilmaz on Unsplash

That’s only one example of a conflictual situation and one way to handle it. Another way to handle these situations would be to avoid them altogether. One way to do this is with inclusion. Including all stakeholders in the UX process from the very beginning, getting everyone on board and on the same page is a sure way to avoid many frustrating situations during the progression of the product development phase.

Situations like some people being surprised by certain decisions made at the beginning without their knowledge and in turn fighting for them to be changed further into the development phase, could compromise the integrity of the product or cause the development to be delayed. This unfortunate situation can often result in a lot of tension between team members and across teams.

Another way to avoid conflict is through transparency. Being transparent in your UX planning is vital in making sure that all parties are well aware of the strategy in place and that there is no ambiguity as to what the product should be or the direction it’s going.

The objective of the product or service should be made clear through storytelling and storyboarding so everyone can agree on and understand the purpose of the product, how it will fulfil the customers’ needs and fit within the company goals.

Arguably, the most important way to avoid conflict, in the context of a UX designer, is to present evidence-based design decisions. It will be rare that people take your word for the solutions you come up with and if they have any idea of what they’re doing, they definitely should not. Many times in the past, working as a junior UX designer, I would present solutions based on best practices and educated guesses of what competitors were doing.

What happened in validation meetings is that my designs were torn apart left and right by all the upper management stakeholders present. Each one of them believed that their opinion was better than the next guy’s. It’s a very frustrating position to be in, and the way to avoid this unfortunate situation is to present proof to back up your design concepts.

Collecting data to back up design decisions

This proof needs to be collected from both the business goals and the users of the product or service. Through stakeholder interviews, user testing and interviewing, A/B testing, the analysis of online user behaviour through analytics, competitor analyses and perhaps other methods, designers can justify their design decisions. They can let everyone involved know how their solutions will benefit the product and company. These tasks of continuous research, analysis and testing are some of the most important things you can do as a UX professional. It is not just to win arguments but to make sure the product or service the company is offering is relevant to customers and will be lucrative for the business.

Photo by Nine Köpfer on Unsplash

Using conflict as an opportunity

Conflict is not necessarily a bad thing but many of us, especially if we are young and inexperienced, have a hard time managing it. As Albert Einstein put it “In the middle of difficulty lies opportunity”. You can definitely use conflict to your advantage. In a business.com article, Zak Mustapha says:

“You should look at every conflict as an opportunity for learning and growth. Sometimes disagreement and conflict, when handled correctly, can even be healthy. You should look to leverage conflict to help with team building and learning.

This can be done at the organisational or individual employee level. Ask yourself and your team: What larger lessons can be learned from this conflict? How can we use those lessons to prevent future conflicts? You might find that by asking the right questions, you can create internal innovation and improve the workplace. Smart leaders are always looking for ways to ensure that every situation has a positive outcome and effect on the organisation.”

The importance of communication

This idea all boils down to one key point: the importance of communication. This soft skill is truly at the heart of all success and is something that everyone can master through practice.

The act of truly listening to others without condescendence, putting yourself in someone else’s shoes and showing empathy and respect, will allow you to create rapport with your professional counterparts. You can create opportunities for successful communication, make your teammates your long-term allies and find common ground to achieve the ultimate goal, which is the success of the business you all work for.

Stand up for what you believe is right while respecting others

Employees should be able to simultaneously show respect to their professional counterparts while having enough courage to stand up for what they believe in. Achieving this ability will make you more successful professionally, will make you a better person to work with and an employee your company can value and respect.

So the next time you find yourself frustrated with a conflictual situation, take a fifteen-minute break, go for a walk, come back with a clear head and think about how you can turn, what may seem to be a dead-end situation, into an opportunity. Ultimately you want to show others that you are above pettiness and let your problem-solving skills shine.

I want to end on a quote by Craig Runde and Tim Flanagan, authors of “Becoming a Conflict Competent Leader”:

“The better able team members are to engage, speak, listen, hear, interpret, and respond constructively; the more likely their teams are to leverage conflict rather than be leveled by it.”

This artricle was originally published by Samantha Da Silveira on medium.

Experience designer based in Luxembourg. Curious about everyday problems and how to resolve them. https://www.samanthadasilveira.com/