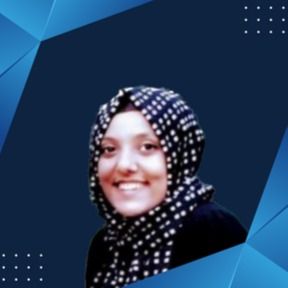 Unbalanced datasets refer to instances where the number of examples in one class is significantly different from the number of examples in another class. For example, in a binary classification problem where one class represents a small percentage of the total examples, this is known as an imbalanced dataset. In such scenarios, the class imbalance can lead to several issues while building a machine learning model.

Another issue is that the model may not generalize well when exposed to new, unseen data. This is because the model is trained on a skewed dataset and may not be able to handle the imbalance in the test data.

In this article, we will discuss various tips and strategies to handle unbalanced datasets and improve the performance of machine learning models. Some of the techniques that will be covered include resampling techniques, cost-sensitive learning, using appropriate performance metrics, ensemble methods, and other strategies. By following these guidelines, we can build effective models for unbalanced datasets.

SMOTE (Synthetic Minority Over-sampling Technique) is a more advanced technique that creates synthetic examples of the minority class rather than replicating existing examples. This technique helps to balance the dataset without introducing duplicates.

In summary, resampling techniques, cost-sensitive learning, using appropriate performance metrics, and ensemble methods are some of the tips and strategies that can help to handle unbalanced datasets and improve the performance of machine learning models.

Using domain knowledge to focus on important samples is a strategy that can be used to improve model performance by identifying the most informative examples in the dataset. For example, if we are working on a medical dataset, we may know that certain symptoms or lab results are more indicative of a certain disease. By focusing on these examples, we can improve the model's ability to accurately predict the minority class.

In summary, collecting more data, generating synthetic samples, using domain knowledge to focus on important samples and using advanced techniques such as anomaly detection are some of the strategies that can be used to improve model performance on unbalanced datasets. These strategies can help to balance the dataset, provide more examples for the model to learn from, and identify the most informative examples in the dataset.

Accuracy is the ratio of correct predictions to all predictions in the system. The accuracy score of the model we created is 0.999. We can say that our model works perfectly, right?

Let's take a look at the Confusion Matrix to examine its performance.

The Confusion Matrix is a table used to describe the performance of a classification model's true values on test data. It contains 4 different combinations of estimated and actual values.

Terminology and derivations from a confusion matrix

The model tells us that it can predict the Fraud state with 0.99 accuracies. But when we examine the confusion Matrix, the rate of false predictions in the Fraud class is quite high. While it is good at predicting the majority class, it is not good at predicting the minority class. In other words, the model correctly predicts the non-fraud class with a rate of 0.99. The fact that the number of observations belonging to the Non-Fraud class is higher than the number of observations of the fraud class causes the model to be successful in estimating the Non-Fraud class. With this observation we have made, we can say that the accuracy score is not a good performance measure for classification models, especially if it contains imbalances like the data set we have. We've looked at the dataset, we can look at how we can deal with the imbalance and build a model, what methods can be applied, and with what metrics we can measure its performance.

When dealing with imbalanced datasets, it is important to choose the right metric to evaluate the performance of the model. Traditional metrics, such as accuracy, precision, and recall, may not be appropriate for imbalanced datasets because they do not take into account the distribution of the classes in the data.

One metric that is often used for imbalanced datasets is the F1 score. The F1 score is the harmonic mean of precision and recall, and it provides a balance between the two metrics. It is calculated as follows:

Another metric that is often used for imbalanced datasets is the area under the receiver operating characteristic curve (AUC-ROC). The AUC-ROC is a measure of the model's ability to distinguish between positive and negative classes. It is calculated by plotting the true positive rate (TPR) against the false positive rate (FPR) at different classification thresholds. AUC-ROC values range from 0.5 (random guessing) to 1.0 (perfect classification).

Let's examine the Precision measure for each class.

Let's examine the Recall measure for each class.

When we look at the Recall values, we can easily see the failure of estimating 1 class. F1-score also expresses the harmonic mean of the recall and precision values.

AUC (Area under the ROC curve)

AUC stands for "Area under the ROC Curve." That is, AUC measures the entire two-dimensional area underneath the entire ROC curve (think integral calculus) from (0,0) to (1,1).

After applying Random Oversampling, the accuracy value of the trained model is 0.97, a decrease is observed. Looking at the Confusion Matrix and Classification report, the predicted fraud classes seem to have a high false rate, which lowered the precision of 1 class. But there is also an increase in the recall value of the 1 class, the rate of correctly estimating the fraud class of the model has increased. According to the first model, the prediction success of the Non fraud class has decreased, but the increase in the correct estimation of the fraud class is a big factor in our preference for the model created after randomoversampling.

It is a technique of balancing the data set by removing samples belonging to the majority class. It can be used when you have a large data set. Since the data set we have is not large, efficient results will not be obtained. But I will explain the methods and show how some of them can be applied.

We discussed various resampling techniques such as undersampling, oversampling, and SMOTE that can be used to balance the dataset. We also discussed cost-sensitive learning and using appropriate performance metrics such as AUC-ROC, which can provide a better indication of model performance. Additionally, we discussed ensemble methods such as bagging and boosting that can also be effective for modeling unbalanced datasets.

In summary, unbalanced datasets can be challenging to work with, but by following the tips and strategies discussed in this article, we can build effective models that can accurately predict the minority class. It's important to remember that the best approach will depend on the specific dataset and problem, and that a combination of techniques may be necessary to achieve the best results. Therefore, it's important to experiment with different techniques and evaluate their performance using appropriate metrics.