In July of 2019, the NBA partnered with Dapper Labs to develop NBA Top Shots. 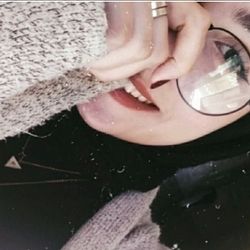 In July of 2019, the NBA partnered with Dapper Labs to develop NBA Top Shots. They launched in beta last May, and to the public in October. In recent weeks, it's exploded in popularity growing from tens of thousands of users at launch to nearly half a million last week.

The NBA, potentially more than any other league, has fully embraced the digital age. Through top shots, they're making a bet on the power of the NBA brand and leading the way to a new age of digital collectibles.

What are NBA Top Shots?

NBA top shots are essentially digital trading cards. Instead of being for individual players, top shots are centered around highlights. They package and sell a moment. A Zion dunk, a LeBron chase-down block, are what they're selling. They set these highlights on an NFT, a Non-Fungible Token.

An NFT ensures that each top shot that's owned is one-of-a-kind. It can't be copied or changed, and ensures that it's unique. This ensures security and authenticity, as well as ensuring its value through scarcity. Going further, transactions surrounding the top shot are recorded on the blockchain, which allows the secure tracking of the asset's ownership.

NFT's are all the hype these days.

NBA Top Shots is powered by Dapper Lab's blockchain platform known as Flow. Flow was launched in September of 2019 as a developer-friendly, open-source blockchain platform which in their words was designed to, "support entire ecosystems of apps, games, and the digital assets that power them." Flow sets itself apart from other decentralized platforms like Ethereum due to the nature of consensus

The State of Consensus

The heart of blockchain is the consensus algorithm for transaction verification and execution. As things stand right now, there are roughly two schools of thought for de-centralized blockchain consensus.

Bitcoin works off of the Nakamoto consensus algorithm with is a Proof-of-Work algorithm. It's a decentralized, sequential model where a block is built, mined, and verified with consensus being reached by nodes building subsequent blocks on top of it. This is truly decentralized with low tamper vulnerability, but requires a high computational effort and limits transaction throughput.

The other side of the coin is Ethereum's Byzantine Fault Tolerance algorithm. BFT is a Proof-of-Stake algorithm which is highly efficient, but requires a set of known participants to act as a "consensus committee". While this does increase transaction throughput, it leaves it more vulnerable to tampering. A consensus committee verifying and ordering transactions requires honesty from that committee, and if a bad actor gains a supermajority on the chain, the chain is effectively compromised.

Even with a more efficient consensus algorithm, most PoS chains inherit architecture from PoW chains. They still have every single node update their local copy before the transaction can be executed. This means that as more nodes are added to the network, it reduces transaction throughput.

As you can imagine, the reduction in throughput, as well as the trade-off between security and efficiency, becomes more glaring as these networks grow in scale. The current approach to a no-compromise scaling effort is either to shard, or to move off of the main chain. If you'd like to read more on scaling with blockchain, I recommend Tiaan Wolmaran's, "Sharding and Scaling on Blockchain".

Flow is designed to be a no-compromise platform that enables transaction throughput while maintaining security and staying decentralized. They separate the ordering and the selection of transactions for execution, letting the two processes run in parallel. They also don't require each node to state update before finalizing a block. Instead, they fix the order of the transactions during the compute process, allowing each node to deduce the update to the local state independent of the block finalizing.

You can find out more about this process in their paper about block formation here. If you'd like to know specifics regarding flow's compensation and slashing mechanics to incentivize nodes to participate and comply with consensus protocol, I recommend their initial paper, which you can find here.

What's the Point? Will it Work?

This is the main argument against NBA Top Shots that's been circulating the internet. Why would you want to own a GIF that you can find online with a quick YouTube search?

But it's not about the GIF. Just like trading cards aren't about that picture of Michael Jordan, but the value that's inherent to the card from scarcity.

Don't just take my word for it. Look at the hard numbers. Zion and LeBron blocks have sold for $100,000 each. Signups for the platform have gone through the roof in the last quarter, surprising even the owners, who are struggling to keep up with the demand for more top shots.

But, to keep the product going beyond the hype, you need to brand the digital asset as one worth holding onto. That's the NBA's challenge. Dapper Lab's challenge is already finished. With NBA Top Shot's status as an NFT, they've ensured the authenticity and scarcity of the highlight. If the NBA can build a brand around Top Shot, and convince people in the value of owning a Top Shot, values of specific content like a LeBron dunk, or a Zion block really start to come into play.

Blockchain's hype is now finding solid ground. The NBA's always been at the forefront of embracing new ideas and technology. It's working right now, and I believe it will hold its value in the future. Its detractors disagree. Who's right? Only time will tell.

Thanks for reading! If you liked what you read - give my Substack a follow! If you'd like to talk more about blockchain, politics, or even sports, you can reach out to me on Twitter @EswarVinnakota or on LinkedIn

The only person you are destined to become is the person you decide to be.