Which Polkadot Projects Stand Out the Most?

As the Ethereum 2.0 upgrade is again delayed until July, following a year-long series of delays, are other programmable blockchains using this opportunity to gain traction amid skyrocketing ETH Gas fees? 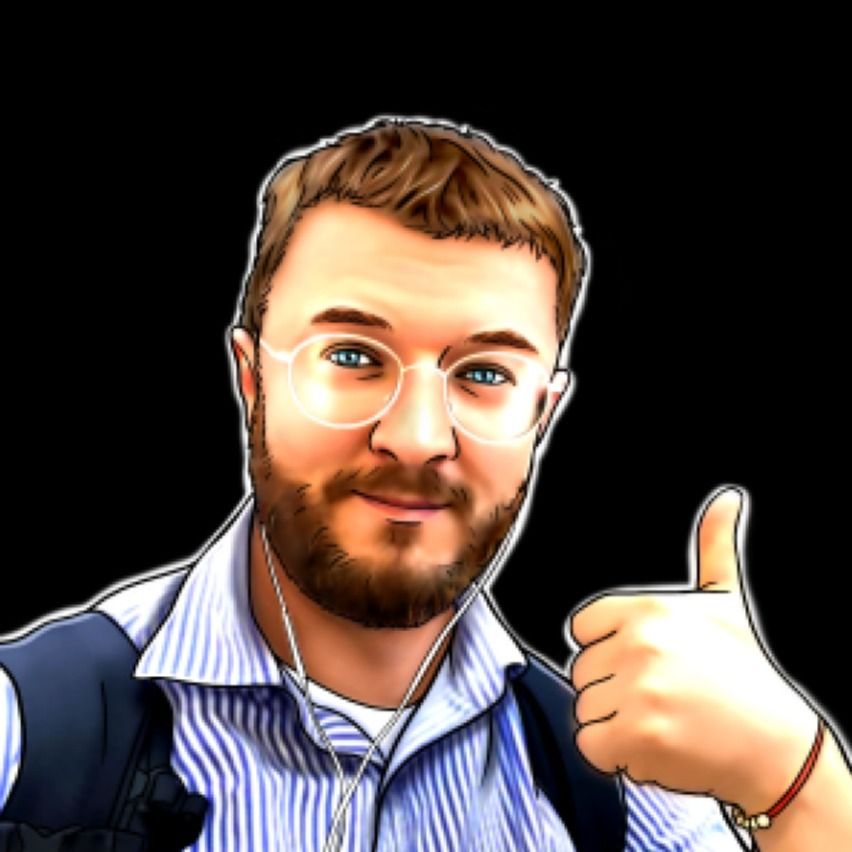 As the Ethereum 2.0 upgrade is again delayed until July, following a year-long series of delays, are other programmable blockchains using this opportunity to gain traction amid skyrocketing ETH Gas fees?

What Can Developers Do to Alleviate ETH Gas Fee Woes?

If you want to avoid exorbitant fees by using Ethereum’s many DeFi protocols, NFT marketplaces or stablecoin transfers to fiat money, there is not much an ordinary user can do. In February this year, the ETH Gas price was at an all-time-high of an incredible ~$40 per transaction, which would put even the most backward and greedy bank to shame.

April’s ETH Gas price of $13 is more affordable but still extremely high. Let us remember that all throughout 2018, 2019 and 2020 it was a rarity for ETH Gas fees to go above $5 per transaction. Needless to say, this represents a major stumbling block if the vision of an alternative financial system in the form of DeFi is to come to fruition.

As of now, if you are a developer and want to avoid this debilitating pricing friction, you could make a workaround by deploying an Ethereum sidechain, either Matic or xDai:

Whether you choose xDai or Matic to deploy your dApp in order to avoid high Gas fees, you can then deploy it to Optimism Layer 2 once it unrolls. This is the recently delayed scaling solution that has been postponed until July 2021, which is supposed to launch on Ethereum’s Public Mainnet.

Which Protocols Could Actually Replace Ethereum?

While it’s always good to know which workarounds are at your disposal, they do not make for mainstream smart contract adoption. More importantly, both xDai and Matic are dependent on Ethereum. Let’s say that the Ethereum Network is magically scrapped from existence tomorrow. Is there a similar blockchain that can host dApps — smart contracts — while also offering scalability and sustainability of the proof-of-stake (PoS) consensus algorithm?

Among dozens of Ethereum alternatives, not many have fully programmable smart contract features. For instance, the often-mentioned Cardano by Charles Hoskinson is still on the road to making this a reality. Other notable Ethereum alternatives that are generalist in their scope include the following:

Out of these top 4 Ethereum alternatives, Solana seems to be gaining the most traction and partnerships. However, there is one other prominent ETH alternative that has been capturing the headlines for the past year — Polkadot. Many have promised to migrate to its ecosystem but what does its current space look like in terms of usability and the scope of protocols on offer?

Polkadot stands out in terms of its credibility and the ambitious scope of blockchain problems it aims to resolve. Its credibility is owed to the impressive career of Dr. Gavin Wood, the creator of Polkadot. Not only was he one of Ethereum’s co-founders but he is also the creator of Solidity, the foremost programming blockchain language present in Ethereum and other alternatives. But wait, he is also the founder of Web3 Foundation, giving grants to projects that make the internet more open and amenable for AI systems to exploit.

In terms of its unique offering, Polkadot tackles both scalability and blockchain interoperability. Furthermore, it introduced Nominated Proof-of-Stake (NPoS), in which two network agents — nominators and validators — defend against corruption, exploits and abuse. On top of that, Polkadot uses the Substrate open-source framework, allowing developers to build configurable blockchains with minimal effort. Of course, once completed, they interact with each other via Polkadot’s core cog — Relay Chain — inter-linking other blockchains called parachains.

If you are interested in learning how Polkadot works in greater detail, check out this deep dive. After all, it is one thing to boast innovations and revolutionary potential but it is another for them to be used in practice. Suffice it to say, the first glaring problem that Polkadot faces is the number of developers it has compared to Ethereum’s pool of experts.

Currently, in the Parachain Rollout phase on its Rococo testnet, Polkadot has an overall 402 projects going for it. However, once you filter for those based on Substrate, you are left with 127.

Here are the Polkadot projects that are live, close to live and most importantly, are the most promising.

One of the most well-known protocols for accessing off-blockchain data to inject into smart contracts is ChainLink (LINK). While the LINK token has more than doubled in value since its launch in 2017, this pales in comparison to Polkadot’s native token, DOT, which gained in value by 13x.

Because of its obvious utility of linking real-world assets to the blockchain ecosystem, this week, ChainLink has been adopted by Grayscale Investments into its Digital Large Cap Fund. This follows Synthetix integrating ChainLink into its delivery of synthetic stocks, such as Tesla, on the Ethereum blockchain.

Given the current environment of aggressive mass censorship, which is at different times under the guise of different censorship frameworks — hate or misinformation — it is more important than ever to develop a censorship-resistant social networking platform. Polkadot’s SubSocial is one such Web 3.0 solution.

However, it is difficult to imagine how SubSocial could ever countervail giants like Twitter, with its 353 million users. After all, the network effect creates natural monopolies as people always seek platforms with the highest mainstream adoption. So far, SubSocial’s stats are not looking good.

In the last three months, only 113 posts were created, of which 65 were shared. In other words, what Twitter generates in one second, it takes SubSocial three months to achieve that same level of engagement. While it is great to have such alternatives, it seems that the de-platforming/censorship problem is a legislative one, not technological. Otherwise, it is more likely that people will settle with auto-censorship instead of seeking alternatives.

What Uniswap is to Ethereum, Polkaswap is to Polkadot. Although not yet live, its launch is close at hand, expected sometime during Q2 2021. You will be able to use its native token PSWAP for DeFi yield farming by staking it in liquidity pools, just like in Uniswap, SushiSwap, SpaceSwap and other forks. However, unlike Uniswap, leveraging its decentralized AMM (automated market maker) protocols will be done cross-chain.

More notably, Polkaswap’s contribution to blockchain development is its liquidity aggregation algorithm (LAA). This means that your exchanges will be conducted from a selection of the best offers existing across all liquidity pools that are present on the network. Lastly, Polkaswap will work in conjunction with another Polkadot project — Sora and its XOR token. If you don’t like the concept of central banks, Sora has you covered.

Given this year’s explosive rise of Uniswap (UNI) — going from $5 in January to $30 in April — one should expect to see the same for PSWAP when it launches, so keep an eye on this space.

Kickstarter and GoFundMe are great services, except for losing a big chunk of the funds raised to pay for their mediation. Moreover, they are not available in most parts of the world. Likewise, if someone has an issue with your worldview, you could be de-platformed at a moment’s notice. Polkastarter aims to solve these issues as a decentralized crowd-sourcing platform.

Polkastarter inherits Polkadot’s blockchain interoperability, which is a massive bonus for serving its mission. Add to that the fact that it allows permissionless listing of tokens and cross-chain swaps between tokens. However, it uses fixed swaps instead of AMM. Nonetheless, with all this potential which is to be fully realized by launching Polkastarter 2.0 DAO by the year’s end, it will rely heavily on user participation, much like SubSocial.

After the KuCoin heist last year, the cyber-criminal pilfered 21 million OCEAN tokens. As a result, the Singapore-based Ocean Protocol Foundation initiated a hard fork. which was finalized on 27th September. As you can see from its token’s price movements above, this didn’t have much of an impact. The reason for this is Ocean’s unique value proposition. We are now in the full swing of the information age, which translates into “data = money”.

In other words, Ocean tokenizes data as an asset, to be used by various systems, including AI. This data is then sold on Polkadot’s cross-chain network. In turn, marketplaces can plug into the Ocean protocol and take advantage of metadata, licensing, data links and other datasets. Predictably, this makes Ocean like a fish in oxygen-rich water.

Ocean’s goal is to make sure that this vast data volume is optimally utilized, giving companies and users a decentralized tool for sharing and exploiting data via Ocean Protocol. This forms a tight ecosystem between data providers, consumers, marketplaces, service providers and network keepers as the network’s guardians, similar to Bitcoin’s miners. So far, the only comparable projects to Ocean are Ethereum’s Datum and Enigma.

For this year’s improvements, one of the more notable is staking Ocean in data pools without having to buy the data asset, which is similar to SpaceSwap’s Shadow Staking. With such a solid track record of completing milestones, the Ocean token is poised to be a superior alternative to nebulous meme tokens like Dogecoin.

Does It Make Sense to Talk of “Ethereum Killers”?

People often use the analogy of comparing Facebook to Myspace, with the latter, previously the more dominant one, becoming superfluous. Yet, Myspace still exists. Given its decentralized and compacted nature, this applies even more to the blockchain space. While some blockchain ecosystems will be larger than others, they will be interoperable and all based on some variation of the Proof-of-Stake consensus algorithm — bonded, pure or nominated.

In all of them, the driving force will be the one that is always present — the least friction (small fees) and greater security. These Polkadot protocols represent only a tiny portion of such exciting upcoming projects that have yet to realize their full potential.