This ultimately handicaps the economy, depriving it of a solution-focused young population that is bursting with innovation and entrepreneurial confidence 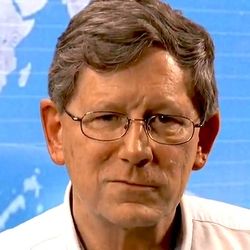 You cannot solve 21st century problems using 19th century processes. Yet, too often, solutions to secondary education in developing nations do just that. They focus on trying to increase access to traditional schools where traditional subjects are taught in the traditional way by traditional teachers.

Socio-economic realities cause teenagers to drop out of secondary schools at an early age. Sixty per cent of 15–17 year olds in sub-Saharan Africa are not even in school. Populations are growing faster than schools can be built or teachers trained.

The disadvantage and unemployment that result keep inequity expanding. Average GDP per capita may be rising but modal incomes are not, with affluence becoming more concentrated in the hands of a few.

Countries which have built their economies on labour-intensive industries exploiting an inexpensive low-skilled work-force are reluctant to rapidly change that dynamic.

Dr Edward K. Brown, senior director of research, policy and programmes at the African Center for Economic Transformation, is quoted as saying “With the right education and training, Africa’s youth population will provide the region with an unparalleled comparative advantage in labour and human resources.”

But surely this framing lives in the past? In developing nations it is time to stop creating labour pools and employees, and start cultivating intellect pools and entrepreneurs.

Many NGO’s have a sense of urgency to provide vocational skills training to the unemployed. They want to get someone off the streets and functioning as a paid bricklayer in a matter of weeks, and they’ll invest in the training required to achieve this. They don’t feel the same urgency about teenage school-goers.

They could do everything possible to turn a barely educated exam-crammer into a smart problem-solving intellect, with all of the brilliant fractal career opportunities that this can spawn. Instead, they’ll let the system fail, and pick up that teenager years later to thrust a brick into one hand and a trowel into the other.

While it is important to help find employment for the older victims of a struggling education system, it is far more important to fix the education problem which is the root cause of inequity.

Subjects like maths are important drivers of this intellectual development when well taught, but sadly they are often taught to be remembered and regurgitated, not to be understood. And they are certainly not taught as a vehicle for stimulating a love of complex problem solving or a capacity for abstract reasoning.

Traditional education focuses on filling a hard drive, not on engineering a more powerful CPU. With far too many teachers believing that the brain is already fully developed by adolescence, teaching becomes about simply filling the head with facts.

Yet the prefrontal cortex, the seat of emotional intelligence, creativity, problem solving and abstract reasoning, is evolving at a tremendous speed from early- to mid-teens. Education should provide the challenges, stimulation and rewards which engineer the wiring of the prefrontal cortex to maximize its capacity.

Failing to do so by focusing on rote learning is a gross dereliction of an educator’s duty, creating generations of young people who default to fight-or-flight reactions to the problems they encounter in their evolving world.

Traditional mainstream education focuses on passing exams and hence prioritises memory over raw thinking ability. This ultimately handicaps the economy, depriving it of a solution-focused young population that is bursting with innovation and entrepreneurial confidence, delivering instead a barely employable workforce schooled in yesterday’s knowledge.

The subjects traditionally taught at school are not all irrelevant, of course. But a siloed approach to teaching them and a rote approach to testing are unhelpful in a world which demands broad, breakthrough thinking, not linear conformity.

Elite private schools achieve this, through integrated curricula and extra-curricular activities designed to “build character” and stimulate joined-up thinking and attitudes. But it’s an expensive process available to only a few, and it is still driven by a need to excel in national examinations.

Given the entrenched obstacles to transformation of education, how do we get enlightened, quality education to the masses at a pace and intensity which can impact economic growth almost immediately?

The solution to education in the developing world is self-paced digital learning, delivered inexpensively to the learner’s own mobile phone, with learning experiences designed to maintain engagement and motivation.

Typical first reactions to this proposal list reasons why it can’t work: phones have not penetrated deeply enough; self-paced learning is not as personalised as teacher guided learning; learners don’t have the discipline or passion to focus unsupervised; remote testing is fraught with opportunities to cheat.

With rare exceptions, education authorities and NGOs reject mobile solutions which would help millions of young people because such solutions don’t yet reach the poorest 5% of the population. Instead of pursuing a path which would benefit the other 95%, they opt for traditional approaches, slowly building a few more expensive schools to help a few more lucky learners to pass their exams.

A new classroom with a dozen smiling learners makes a great photo for an annual report. But, relative to the swelling millions of uneducated teens, this is an inefficient use of funds.

Typically, those initiatives focus on benefiting early learners, not secondary education learners. There are good foundational reasons to work on providing basic early education in the developing world.

Most of those kids will never make it to high school, so a sound early education will at least prepare them better for life, and could help the few who do get into secondary education. But just as trickle-down economics never benefited the poor, educating the few never trickles down to benefit the disadvantaged. It actually increases inequity.

We do not solve the digital divide by backing away from digital. We solve it by building digital momentum, challenging the status quo, continuously improving, achieving economies of scale, and breaking through the barriers. We must make education the killer app which drives mobile penetration into even the most disadvantaged in the population.

What of the other objections to mobile learning? The perceptions that self-paced learning is not as personalised as teacher-guided learning or that it is not captivating enough to hold learner attention, are understandable.

But these perceptions come from the limited exposure teachers have had to early-generation elearning. Most such attempts at elearning have been created by textbook publishers or by teachers, intent on replicating their content online, rather than crafting better approaches which leverage technology’s power and accommodate online attention spans.

Covid-era online education has largely been about teachers simply porting a school timetable of classes to Zoom. This is an example of the inability to seize an opportunity to do it all differently.

Despite amazing teachers putting huge energy into trying to make these remote classes captivating, they are still trying to fit a square peg into a newly rounded hole.

Broadcast TV lost out to Netflix because it couldn’t get away from its framework which forced viewers to adjust their lives to TV’s schedule. Netflix allowed people to adjust their entertainment schedule to their lives. What if education did something similar?

Wouldn’t it be great if a learner could binge one subject for a day or two then catch up with other subjects at will? Or consume content in five minute chunks, wherever they happen to be? An individual teacher could not accomplish this live in class, or with Zoom.

But with more talent and less dogma, learning experiences can be crafted which are powerful and captivating enough to hold learners’ attention and leave them wanting more. Of course, such experiences can and should be personalised to individual needs and interests.

The objection that remote testing may be subject to cheating has no real merit, given professional security protocols. Education should not be about testing anyway, and with well-crafted data-driven elearning, analytics can (and eventually will) reveal testing for what it is — simplistic, limiting, unreliable and irrelevant.

Most rejections of the mobile learning concept stem from false perceptions or limited vision. Other obstacles can be overcome with smart learning architecture and a fresh approach to attention retention. Required infrastructure investments, if any, are tiny compared with the cost of building and running schools to keep pace with population growth.

The biggest barriers to universal quality education in developing nations are entrenched structures and systems. And the dogma which asserts that education cannot be improved or disrupted — that, unlike every other sector in the economy, education achieved its pinnacle of effectiveness, relevance and efficiency in the 1800s.

In other sectors, that kind of hubris allowed customer-centric digital disruptions to demolish incumbent industries almost overnight. Educators who really care about the future will embrace emergent opportunities for radical improvement, or risk falling victim to it.

Understandably, there is fear among teachers (and the whole schooling sector) that they may be replaced by technology. This fear is usually voiced as criticism of the effectiveness of elearning, and assertions that the human interface is an indispensable element in creating a rounded young person.

This is fair comment where a teacher’s job is not just to teach, but to take on the character-building and socialisation role of a parent.

Digital tools should not make teachers redundant — well architected, they can provide opportunities for caring teachers to touch the lives of many more learners in more profound ways.

The recent explosive growth of simple online tutoring platforms shows clearly the value of one-on-one remote teaching, and has helped millions of learners around the world, while supplementing the incomes of teachers everywhere.

Especially in developing nations, education should not be about the educators or their future careers. It should be about the learners, and the prosperity of the world they will build.