Saying No With Confidence

Do not be a doormat just to make others happy 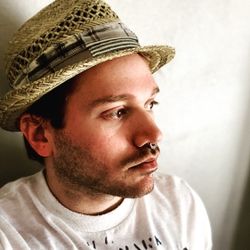 “Be a team player!”, “It’s important that we all show support!”, “You wear pink a lot, stop being stubborn.”

These were the phrases I heard from colleagues as they stood over my desk and attempted to bully me into wearing a pink shirt for a breast cancer awareness day they wanted to have, after I had already declined. I wasn’t in the mood to wear something colorful, and I didn’t want to be reminded or even hear the word cancer at work because that is all I hear about at home due to my mother being diagnosed earlier this year.

I had thought a simple, “Not really feeling it,” response email was courteous enough response; but sending that email instead ignited the firestorm that made me appear as being opposed to breast cancer awareness, and resulted in the meeting at my desk which wouldn’t end unless I complied.

So, I did, because I lacked the confidence to stand my ground and had me participating in something I didn’t want to participate in just to avoid conflict — or in this case, keep it from escalating.

The next day, another colleague messaged me and asked why I was taking Monday off. Even though I didn’t owe her any type of explanation, I feared that “for personal reasons,” would again cause conflict. So, I went ahead and told her the truth: “I never work Dia de Muertos, it’s a tradition I observe.”

Her response was a negative, “Please tell me you’re joking.” See, where I live, to practice or observe anything other than standard Anglo-Christian holidays is seen as almost atheistic to most.

I didn’t completely walk-back my statement, but out of fear that explaining would lead to more ridicule—that it’s a deeply spiritual tradition dedicated to the remembrance of lost loved ones, and is especially meaningful this year since my father lost both his parents at the end of 2019 — I simply said, “I think it’s a neat holiday.” Which was replied with, “Weird, but OK.”

So that night, I talked to my best friend about my insecurities and avoidance of conflict and how I always end up feeling angry and embarrassed afterward and asked what he thought I should do.

After his initial advice of, “Grow a pair and stand up for yourself!” — which was said with loving intent — he elaborated on the point by stating that even though I’ve lived a life where it’s understandable why I lack self-confidence as an adult, that’s still not a good enough excuse to be 31-years-old still unable to say no to people. He added that, “…despite what people say, we are not ‘all in this together.’

We live our own separate lives; we have our own thoughts and beliefs that differ from others and we don’t owe anything — explanation or otherwise — to anyone. The longer you spend your time trying to be a people-pleaser just to avoid conflict, the worse it’ll be when you finally snap at them for pushing you too far.”

This really spoke to me. I began to realize that all the anger and resentment I felt was my fault. I cared too much about keeping other people happy, about avoiding conflict at all cost, and about keeping others comfortable even if the situation upsets me or makes me uneasy. So, I decided to finally make myself be more confident by navigating conflict, not avoiding it, and to stand by my, “no,” instead of allowing people to push right through it.

I had already figured out why I was a people-pleaser, as previously stated: it was to keep others happy and comfortable. So, I moved onto how I can successfully navigate conflict, should it arise. By “successfully,” I do NOT mean compromise and find a way that keeps others happy.

That, I have realized, puts holes in your, “no,” that people will continue navigating through. You can’t make everyone happy, so by compromising, someone — most often me — is left discouraged. Successfully navigating conflict means I left the conversation without anger and with confidence.

Another thing I feared was retribution. If I say no to them, will they say no to me later? After a lot of thinking, I’ve realized that it doesn’t matter whether they do or don’t. Saying no is as much their decision as it is mine. You can’t overthink on their intentions; you just have to accept their response.

Standing up for oneself isn’t something I’m good at. But there is nothing about the word “no” that is negative. When you constantly choose to put others before yourself, it can do great harm to your mental health.

Forcing yourself into situations just to make others happy is unhealthy and can cause resentment. It’s not selfish to put yourself first, and if others do not accept your, “no,” then they aren’t true friends.

Don’t be scared to turn people down. Don’t be worried about what others think. And, above all else, don’t be anxious about not explaining. You don’t owe anyone an explanation.