Acqui-hiring refers to a merger, acquisition, or asset purchase. 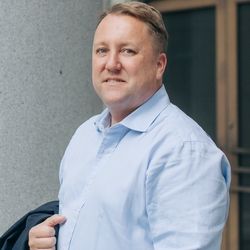 In the technology industry, whether in Cupertino or elsewhere in the Global Silicon Valley, the competition for the top talent required to grow to scale can be fierce. For decades, there have not been nearly enough STEM graduates to fill open spots.

The road from #garage2global is tortuous, and a key ingredient to becoming #bigtech faster than the next #startup is hiring engineers. For #bigtech companies to stay on the cutting edge, they often find that acqui-hiring a startup with ten engineers is a faster, better return on investment than hiring onesies on a drip-feed basis.

What is an acqui-hire?

Acqui-hiring refers to a merger, acquisition, or asset purchase whereby the buyer seeks to secure the target’s talent, engineers and personnel, rather than to develop or monetize the target’s technology, products, or services. It can be a very efficient way to grab talent in groups.

When a #bigtech company acquires a group of highly-skilled engineers who have a strong working relationship, they can hit the ground running seamlessly and with gusto, which benefits all. Especially the bottom line.

This “recruitment” process can cut costs and potentially prevent possible legal action relating to non-compete clauses, I.P. infringements, and breach of contract. An acqui-hire can also be tidier than a failing company’s wind-down process but often signals a distressed sale.

Many of these companies could not get additional funding needed to continue, and often, the entity acquired is shuttered post-closing.

History of acqui-hires — a threat to the competition?

The tech sector phenomenon of acqui-hires is not new: Google has made 200 acquisitions since being founded in 1998 by Sergey Brin and Larry Page, the vast majority of which have been acqui-hires. Facebook has acquired more than 80 companies.

In a 2018 interview with CNBC, Tim Cook, CEO of Apple, bragged that Apple acquires a company every 2 or 3 weeks, either for talent or intellectual property. Amazon has acquired over a hundred companies, and Microsoft many multiples of this number.

Early in 2020, the Federal Trade Commission made public a probe into possible market abuse by #bigtech by demanding information on all acquisitions not already reported to antitrust authorities in the past decade.

While investments over a statutory threshold are reported in a government filing before closing, acqui-hires are typically for amounts well below the threshold and have flown under the government’s radar.

In its special orders issued to the big five #bigtech companies — Amazon, Apple, Facebook, Google, and Microsoft — the government asked for details on terms, scope, structure, and purpose of each transaction consummated between January 1, 2010, and December 31, 2019.

Within the purview of the orders was a wide variety of transactions, no matter how structured, from minority investments to licensing deals to board designation rights.

By December 2020, the FTC had sued Facebook, alleging that the company had “illegally maintain[ed] its social networking monopoly through a year-long course of anticompetitive conduct.” The lawsuit was joined by the elected attorneys general of 46 states, the District of Columbia and Guam. The complaint alleges, notably, that Facebook used acquisitions as part of a systemic strategy to eliminate threats.

Structures can vary, but typically it’s an acquisition of stock or assets, with the bulk of the purchase price being held for employee packages.

If the buyer only wants the team, they may sign a release agreement where the company agrees to release the buyer for hiring the employees and include a defensive license agreement of the company’s I.P.

When it comes to pricing, buyers frequently express the price on a “per head” basis, and the rate can be a few hundred thousand or two million dollars per head.

There are no set rules for an acqui-hire, which are often a combination of stocks or assets. These agreements are often light on terms since the real value is the employees, not the company, and to do an acqui-hire successfully, the buyer must get the team to agree to join the new company.

An annual contract is standard, and sometimes, the employee is enticed to join with a signing bonus. However, there is a risk they leave the moment the contract is up and use their experience to begin another company.

For buyers considering an acqui-hire, consider:

The keys to the success of an acqui-hire typically can be traced back to three key drivers:

Paying attention to these key deal drivers will often be outcome determinative as to ultimate success.

With the completion of an acquihire, a company may now be better able to develop new technology, enter a new market, or support an existing technology function or market position thanks to the recent influx of talent. The new hires may bring with them new ideas and processes.

The negative aspects of an acqui-hire are not always apparent. Distance between buyer and seller offices and the question of where the seller’s team will sit post-closing can be disruptive. Additionally, working for a larger company comes with different rules that are more restrictive than most startup environments.

Another hidden danger of an acqui-hire for the buyer is the morale of current workers. Bringing in a new team from the target can cause resentment among the buyer’s existing workforce, especially if the target’s team parachutes into the buyer’s team with elevated positions.

Why sell in an acqui-hire?

So, if you are a startup looking at an acqui-hire term sheet, what to do? Let’s face it: most startups will fail with the first two to five years of their existence. A startup is a gamble in the best of circumstances. What if you can’t build the product?

While the global pandemic has been lethal to the hospitality and travel sectors, it has not been catastrophic to the technology industry. The stock market is at record highs. A new administration is arriving in Washington.

A natural question is whether we can expect the acqui-hire to survive and thrive in 2021. While the acquisition programs at the five #bigtech companies under FTC investigation can be expected to slow down, there is no reason to think that the rest of the technology industry won’t carry on with this tried and true growth driver.

The article is originally published here.

Louis Lehot is a partner and business lawyer with Foley & Lardner LLP, based in the firm’s Silicon Valley, San Francisco, and Los Angeles offices, where he is a member of the Private Equity & Venture Capital, M&A and Transactions Practices and the Technology, Health Care, and Energy Industry Teams.