The Symptoms of Anxiety You Won’t See on Television

I am so grateful for the education I have received in the last eight years. It gives me the ability 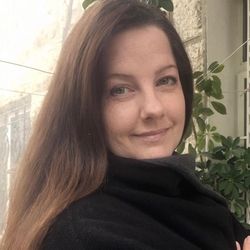 Trust me, people don’t really know what anxiety is

Television programming has long-employed a list of cheap tricks to script mental illness for those without sea legs.

With inflection and all, I know what comes next.

“Never would have known it. You’re so funny/cool/outgoing/confident.”

Anxiety is symptomatic deep below the paved skin. Most won’t get beyond the crust to catch a glimpse of the mantle, so they are shocked to discover that I take medication to ensure my neural synapses operate normally.

The goal is to exact a connection with the most people at one time. As such, television programming has long-employed a list of cheap tricks to script mental illness for those without sea legs: incessant smoking; making chains from pop tabs/gum wrappers; black makeup around the eyes; trembling; and of course, trembling in a fetal position.

I live with anxiety, and the only time I’ve ever had black makeup splotched around my eyes was when we did it on purpose in the eighties.

So, here are six (real) symptoms of anxiety which television supplants with clichés ad nauseam. Perhaps this list will connect with someone who is afraid to face the wide array of signs which indicate a need for treatment and learning.

A person suffering from anxiety may resist seeking treatment in order to escape a diagnosis mistakenly seen as more damning.

Hallucinations are generally connected to seeing things that aren’t there. In truth, it is common to also hear things and even think of scenarios which are not real.

For example, before treatment, I once hallucinated for a whole day that, in the past, I had killed someone. I crawled into bed and hid from my family. I could not reconcile being a murderer with also being a mother and wife. In twenty-four hours, this horrible ‘memory’ ebbed. It was like waking up from a nightmare.

Television shows and movies attach these frightening phenomena to schizophrenia and personality disorders. They do it so often that a person suffering from anxiety may resist seeking treatment in order to escape a diagnosis mistakenly seen as more damning.

Anxiety is tough enough all by itself. As we continue to lack an understanding of how it manifests, the undiagnosed fear draconian prescriptions like straight jackets and thorazine, which tv perpetuates as well.

Yes, everyone is thinking of me

Even at the age of fifty-one, I can go through days and nights haunted by the specters of spurned friends and lovers who surely think of me each day and can’t believe what a nightmare I was. They raise their children and work in the garden shocked at my behavior.

I can only stop this spiraling train of imaginary reproach by hitting a wall and realizing it is only me who remains shocked. It is only me who judges. Then, as I lay down the judgement of others, I descend into:

This is so close to the above category that it is hard to pry them apart.

How could I have done that? What kind of person lets this happen? Who am I to still be walking the Earth? Why do I have three, beautiful, healthy kids? Why aren’t I dead?

Why haven’t I gotten what I deserve?

As it turns out, I have gotten what I deserve: a life-support system of family and friends. I am a person who has suffered from childhood with a debilitating, often fatal disease.

I still climb my own mountain to find that elusive essence of my true self, the mantle of being, a human who was never really all that tough or all that brazen or all that confident, a person who can say these things now and not be afraid.

And I am still here. I am loved by too many to count. I still grapple with whether or not I am deserving.

It’s a keen sensation of careening into oblivion. I will die. My kids will die. We will starve with our skin falling off in The War. Humanity is a sick, slithering cancer of greed, sure to obliterate itself by design so Earth can sail through the next billion years unfettered.

We mean nothing. My life has no significance, and if my writing doesn’t take off, then I will leave no trace, either.

I’m going about my day when suddenly some horrific transgression from my past will invade my mind and push everything else out. I will walk around plagued with this memory for days on end, trying and failing to keep it at arm’s length. I have a concert of these memories floating just below the surface.

Then, a friend or acquaintance will bring up something kind, something marvelous that I did or said which affected them for life, helped them to do better, to see better.

And I can ‘t remember it at all.

In the first three decades of my life, pistons of fear drove the crankshaft of every move I made.

Recently, I have learned to ask myself, “Is this going to matter in a year?”

Through this question, I am trying very hard to separate what is important from what is noise. I am trying to make moves with love, make decisions with love, see people with love.

My mind is wired to be cynical, sarcastic, argumentative and caustic. More than Hallucinations or Self-Loathing, Seething Anger is the most difficult symptom of anxiety for me. It scratches and grates at the core of who I have been versus who I want to be.

Illuminated by a backdrop of pandemic and global revolution, anger comes quick with a hair trigger. I see greed and injustice everywhere, and, in feeling impotent with with regard to anything I can do to confront it, my guts simmer in an acid of quiet rage.

Am I so self-important that I should bear the weight of human blunder on my own back every day? This anger is largely born of Imaginary Doom. I can’t control anything happening around me, so I lash out at the cable news or just cry.

It infects me the most.

I want to help. I have always been compassionate even in the cyclone of my worst deeds. In the first three decades of my life, pistons of fear drove the crankshaft of every move I made.

I believe that pieces of this fear have missed a growth pattern into peace and instead evolved into anger. Even with medication and counseling, I struggle with counting to ten, or taking a deep breath, or whatever else is prescribed to prevent flying into a fit and breaking something.

When you see ridiculous depictions of anxiety or any mental illness, call it out.

When I was first diagnosed with chronic depression, I was not surprised. I entered a steep learning curve; however, in discovering that my lifelong depression had contributed to acute anxiety and a subsequent meltdown.

When beating myself up and fearing oblivion weren’t enough, I began to have intense hallucinations. It frightened me to the core. I am so grateful for the education I have received in the last eight years. It facilitates a connection to other people, and it gives me the ability to inform and assuage at the same time.

I want you to peel the onion. I want you watch out for those “symptoms” of anxiety that the media spoon-feeds to the masses.

When you see ridiculous depictions of anxiety or any mental illness, call it out. Call it out in front of others.

“This is not anxiety. I know someone who lives with anxiety. Her skin covers a boiler of pain and redemption, but she walks with grace. She leads her family. Here. Here’s an article you can read about the symptoms of anxiety.”

Published writer and poet whose work will be featured in upcoming issues of Lit Quarterly and Woods Reader. Josie's creative nonfiction, short fiction and poetry can be found across multiple publications in the Medium.com platform. https://josieelbiry.medium.com/