Taking A New Approach to Failure 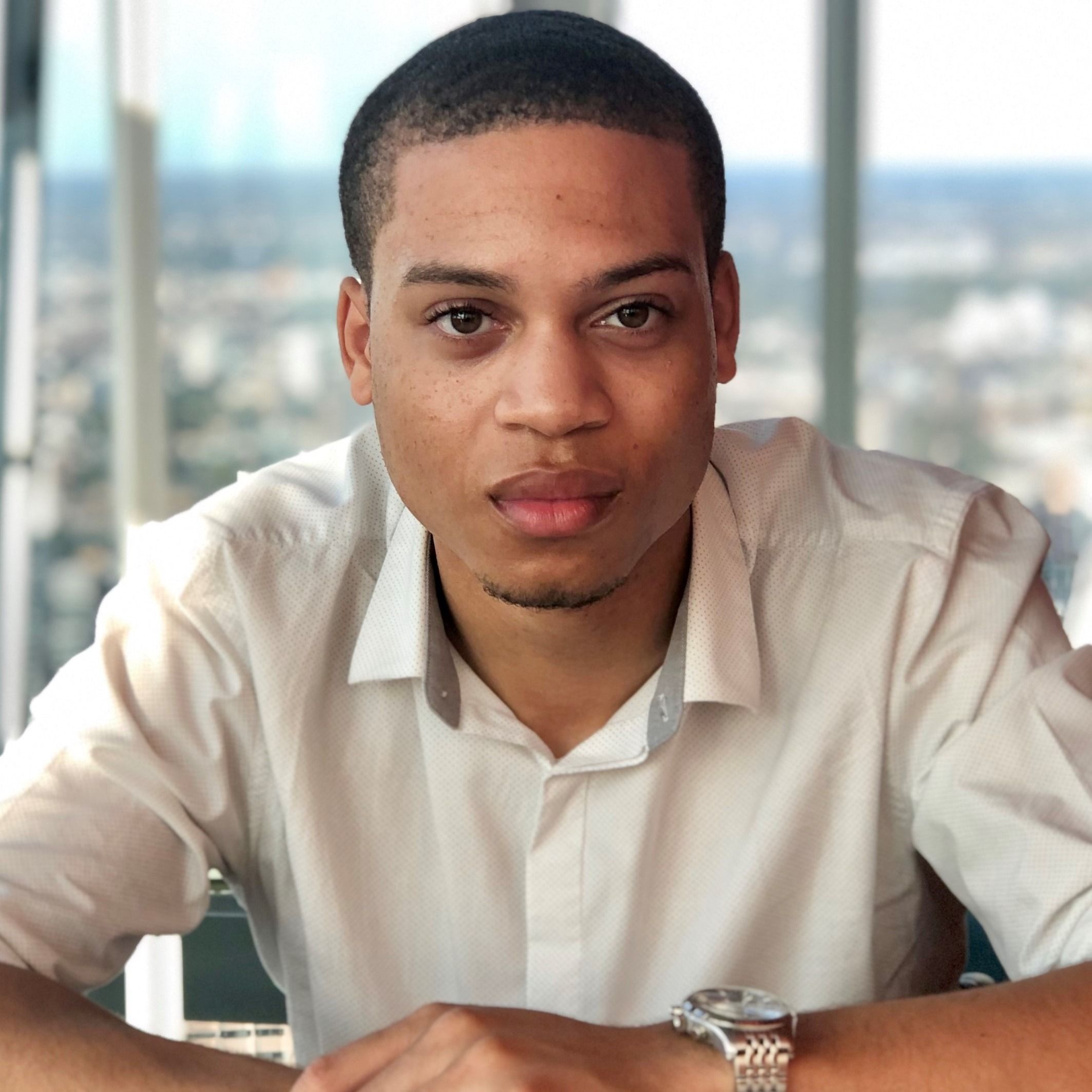 The world of psychology has long known the negative effects of punishment. Despite that, there are still some areas in which punishment is beneficial. But, there are probably no benefits in the world of business.

Here is a good example of when punishment brings about reward. In Jordan Peterson’s book, 12 Rules For Life. Chapter five highlights an important role in raising children.

Sometimes a little slap on the hand reinforces this idea. Negative actions have consequences, and they are often painful. So, instead of the child experiencing the full extent of pain, a tap can do the job. Yet, studies have also shown the opposite.

When parents take a tap a little too far into the realms of a beating. Children can become violent and have antisocial behaviour. Unfortunately, most punishments are either not severe or too severe. Causing damage in the future.

Another problem with punishment is that it often leads to reoffence. Whilst an apprentice, I remember my other colleagues not paying attention in class. They would often be on their phone or sometimes not even turn up.

The consequence of this behaviour was a telling off from our manager and a six week disciplinary. Meaning if they re-offended, the disciplinaries would escalate higher up the company. Well, after six weeks you can guess what happened.

Once consequences disappear, it incentivising punished behaviour again. Not only this, but it does nothing for the learning and development of those being punished. Over time companies have become better at implementing better punishment policies. But, there is still room for improvement. With many still running on stone-age ideas of reward and punishment.

Companies tend to set themselves up to ensure that mistakes do not happen. And this is a good thing. It reduces risk and gives employees a process to follow to ensure best practices. But, we are human at the end of the day, and we will make mistakes.

The term “embrace failure” has been around in the business world for some time. It is trying to relay that failure is part of being human. And punishment does not need to be the answer.

However, there is a fine line here and this is where many leaders get confused. Embrace tends to mean welcome with open arms and be pleased by it. Unfortunately, this is not our natural response to failure. So, what does this actually mean?

Instead of the word embrace, I rather accommodate. Leaders spend so much time building robust strategies. They often forget that failure needs a home somewhere in there. I am someone who is currently learning this myself. As someone who enjoys scheduling, I find it hard to “embrace” failure.

Failure tends to throw me off track, and if there was a way to punish it, I would. But, accommodating for it ensures that we are ready for it when it comes. This does not necessarily mean we will be happy, but our response will be better.

Building Strategies With Flexibility on Timescales

This is something I used to hate doing, but it does work. Instead of writing a to-do list with times next to them, write down what has to be done. This way, when something goes wrong, you are not left in a panic. Also, your response to failure will be more controlled.

Expecting The Best, Yet Preparing For The Worst

When at the start of any task or project, we all have ideas on how we want it to end. However, sometimes we expect the best without preparing for the worst outcome. When we accommodate failure, we ensure we have a clear view of the worst outcome.

The worst outcome does not mean complete failure of the project. It might mean something is not to your taste, or the end product is missing a component. Failure does not always mean complete disaster. It often means we did not meet expectations. And this is fine. We can take lessons learned and install them in the next project.

Accommodating failure means we create an environment where it is present and accepted. This means that no failure is passed to one single person. But instead, it is shared across the team.

When someone fails at their task, self-reflection is not just needed for that person. As a collective, the team should come together and reflect on the project. This way, failure is taken on by the team, not by the individual.

Have a Fail-Fast Philosophy

You have probably heard of having a fail-fast philosophy before. This article, by Rita Gunther McGrath, is a great one to get started with if you have not heard of it. The reason why I mention this is because it puts a complete spin on the punishment system.

Imagine telling a child to fail their exam as fast as possible if they know they are not prepared. Or a criminal to commit the crime quickly. The idea here is that “punishment” is no longer feared but encouraged.

The only reason a criminal takes ages to commit a crime is to reduce his/her likelihood of getting caught. They have to get through loopholes and plan out their mission down to perfection. And all this time is spent on ensuring that they do not fail and receive the punishment of prison.

When the punishment is extremely severe, people do their best to avoid it. This is another reason why punishment does not always work, especially in business. Instead of encouraging people to try something new. Out of fear, people begin to do everything they can to avoid punishment.

When failure is punished people take longer to fail. And in organisations, this punishment does not need to be formal disciplinary. It may be a manager getting frustrated at someone’s mistake. Or even colleagues showing less trust in the person who “messed up”. All these are indirect punishments for someone’s failure.

With many of these subtle punishments still being present in organisations, people are scared to fail. However, having a fail-fast philosophy ensures that failure is somewhat celebrated. There are some companies implementing rewards and celebrations for those who fail fast. Companies like Google and Tata to name a few.

Fail-fast philosophy has many benefits. The main one is allowing companies to identify areas where lessons can be learnt quickly. Having a fail-fast philosophy ensures that failure is not met with punishment, but instead reward. This allows employees to not tiptoe around risk and eradicates all fear of failure.

No one seeks to fail on purpose. We highlighted in the above section that not even criminals do that. So it is essential to understand what the desired outcomes really were.

We have all come across people who do things in ways different from us. However, when we do not understand why they did what they did, we see them as incompetent or strange. One of my favourite quotes to describe this phenomenon is by Carl Jung:

“If one does not understand a person, one tends to regard him as a fool.”

We tend to dislike people who are stuck in their ways, but we are often like that. We like things done in a certain way and prefer some things the way they are. So, when a failure occurs, we must get rid of all biases towards our methods.

This means realising that your way is not the only way to complete the task. It could even mean accepting that your current methods may not be working. Especially if someone has failed underneath your management.

Then, with no biases, it is essential to sit through what the person wanted to deliver. You will probably be surprised how similar their ways of thinking and desires are to yours.

I remember completing this task with a friend who was trying to design a logo for my website. He accepted that his initial logo was a complete failure. And when I asked him what he was trying to achieve, I was amazed at how close he was to my desired result.

In other words, someone’s failure could have been yours once you realise how close your desired results were. When we realise this, dealing with failure becomes different. Instead of seeking to punish the failure of others, we are humbled by their experiences. Acknowledging that we would have probably done the same thing if we were in their shoes.

Punishment is what normally meets failure. Many of us have grown up in a world where this is desired. But, as science is learning more about human nature. We are starting to realise that punishment has quite negative effects.

Failure is part of life, and many would agree that it is part of our success. So, I challenge you today to start developing a different perspective on failure. Instead of getting upset and responding negatively, try any of the things discussed in this article.

Wishing you all the best on your new approach to failure!

Author of the Paradox of Leadership | Founder of Better Publication | Writer

I am a Visionary and Writer who seeks to enrich society by challenging how we do business today to lead to a world of better leaders and opportunities tomorrow.