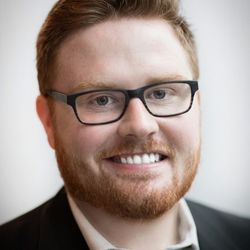 Television shows of the 1960s like the Jetsons predicted that the 21st century would be full of flying cars and airborne robots would be a part of our everyday lives. October 21st 2015 marked the point in time in which Marty McFly (Michael J Fox) traveled in Back to the Future II, the 1989 sequel to the time-travelling classic. The future he found was one which had captured the imagination of millions — instead today, we live in a world dominated by live streaming, smartphones and social networks, not flying cars or hover boards (maybe, because is this really a hover board?).

Within the span of 10 short years, or perhaps even less, service apps like Uber, Lyft, AirBnB and others have spawned millions of users and can be found on almost everyone’s smart phone. Personal assistants like Siri and Alexa have entered many of our lives. It would be naive for anyone to say that world hasn’t changed in the last 10 years. This technology growth and change is likely to continue for the next decade and beyond.

It’s the roaring 20’s baby! At the start of the millennium, IT was deeply concerned about Y2K … “Oh no, the zeroes and the clocks!” When the clocks struck 12 in 2000, the iPhone, Twitter, Facebook, 4k, 5G, and all the other fun things we know today didn’t exist. So what’s in store as a new decade begins?

The year 2020 brings with is another decade filled with amazing game changing technology trends. While some things already exist and are common finds in the modern enterprise, other new technologies are prime pickings to drastically change the way we live and work. As the technology we know and love evolves with new use cases and even newer applications we will see brand new benefits and opportunities.

The top 10 technology trends for 2020 were presented at the Gartner IT Symposium/Xpo in October 2019. Gartner predicts that the key strategic technology trends in 2020 consists of two major areas: human-centric and smart spaces.

Hyper-automation elevates task automation to the next level. It is the application of advanced technologies like Artificial intelligence (AI) and Machine learning (ML) to automate processes (not just tasks) in ways that are significantly more impactful than that of traditional automation capabilities. It’s the combination of multiple machine learning, packaged software and automation tools to deliver work. Hyper-automation requires a combination of tools to help support replicating pieces of where the human is involved in a task. This trend kicked off with robotic process automation (RPA) but will see growth with the combination of process intelligence, content intelligence, AI, OCR and other innovative technology.

Multi-experience deals with the massive shift from a two-dimensional screen and keyboard interface to a much more dynamic, multi-modal kind of interface world where we’re immersed in the interactive technology and it surrounds us. Multi-experience currently focuses on immersive experiences that use augmented reality, virtual reality, mixed reality, multi-channel human-machine interfaces and sensing technologies.

AI enabled conversational platforms have changed the way in which people interact with the digital world. Beyond conversations, virtual reality (VR), augmented reality (AR) and mixed reality (MR) are changing how people perceive the digital world. This combined shift in both perception and interaction will result in the future multi-sensory and multi-modal experience. Over the next decade, this trend will become what is known as ambient experience.

Democratization of technology refers to the process by which access to technology rapidly continues to become more accessible to more people.

The democratization of technology means providing people with easy access to technical or business expertise without extensive or expensive training. This is already widely recognized with the rise of the citizen developer. Historically, automation was managed and deployed by IT, but the emergence of robotic process automation has changed that with the emergence of digital workers. We are now seeing a new generation of citizen developers, such as business analysts, who are closer to business challenges and can program and automate digital workers to help them do their work.This trend will focus on four key areas: application development, data and analytics, design, and knowledge. According to Gartner, these may be tools designed “to generate synthetic training data, which helps address a substantial barrier to ML model development.”

New technologies and improved user experiences will empower those outside of the technical industry to access and use technological products and services.

Human augmentation explores how technology can be used to deliver cognitive and physical improvements as an integral part of the human experience. This augmentation is leveraging technology to increase human capabilities both physically and cognitively. Companies like Boston Dynamics have already developed a wide variety of human augmenting devices that can be used in factories or on the battlefield.

We have already seen the proliferation of smart devices, and smart wearables. New applications include the use of these wearables to improve worker safety in the mining industry. In other industries, such as retail and travel, wearables could be used to increase worker productivity and increase human ability.

Consumers who are increasingly aware that their personal information is valuable, are demanding control. Many are recognizing the increasing risk of securing and managing personal data. Beyond that, governments are implementing strict legislation to ensure they do. Transparency and traceability are critical elements to support these digital ethics and privacy needs.

More legislation similar to the European Union’s General Data Protection Regulation (GDPR) is likely to be enacted around the world in the coming years.

As many more organizations deploy AI and take advantage of machine learning to make decisions in place of humans, this is a further cause for concern. There evolves a driving need for explainable AI and AI governance. This trend requires a focus on these key elements of trust: integrity, openness, accountability, competence and consistency.

Edge computing is a computing topology in which information processing and content collection and delivery are placed closer to the sources, repositories and consumers of this information. This allows for the reduction in latency, and it allows for some level of autonomy on these edge devices. Edge Computing was born from the need for IoT systems to deliver disconnected or distributed capabilities into the embedded IoT world.

According to Brian Burke, from Gartner, “edge computing will become a dominant factor across virtually all industries and use cases as the edge is empowered with increasingly more sophisticated and specialized compute resources and more data storage. Complex edge devices, including robots, drones, autonomous vehicles, and operational systems will accelerate this shift”.

This will extend the role of devices as the basis for smart spaces and will move key applications and services closer to the people and devices that use them.

Distributed cloud is how the cloud is shifting. Most have thought of the cloud as being location independent — it’s just out there; it’s up there somewhere. But now with distributed cloud, physical location of where those data centers are located becomes increasingly important. Addressing regulation issues and latency issues and those kinds of things is becoming much more important.

The cloud now expands its territory and becomes a distributed cloud, which is the distribution of public cloud services to different locations while the originating public cloud provider assumes responsibility for the operation, governance, updates to and evolution of the services. This represents a significant shift from the centralized model of most public cloud services and will lead to a new era in cloud computing.

Autonomous Things are the physical devices that use artificial intelligence to automate functions previously performed by humans. The most recognizable current forms of autonomous things are robots, drones, autonomous vehicles, and appliances. The automation of these things goes beyond the automation provided by rigid programming models, and they exploit AI to deliver advanced behaviors that interact more naturally with their environments and with people.

Recognizing “practical blockchain” is important here: while blockchain has been around for a few years, it’s been slow to be commercially deployed because of some of the technical and management issues in the technology. Blockchain has the potential to reshape industries by enabling trust, providing transparency and enabling value exchange across business ecosystems, potentially lowering costs, reducing transaction settlement times and improving cash flow and the movement of materials.

The report notes that another area in which blockchain has potential is identity management. Smart contracts can be programmed into the blockchain where events can trigger actions; for example, payment is released when goods are received. However, Gartner’s Brian Burke says that blockchain remains immature for enterprise deployments due to a range of technical issues including poor scalability and interoperability. “Despite these challenges, the significant potential for disruption and revenue generation means organizations should begin evaluating blockchain, even if they don’t anticipate aggressive adoption of the technologies in the near term,” he says.

As complementary technologies such as AI and the IoT begin to integrate, blockchain will see tremendous growth in the enterprise.

Evolving technologies like hyper-automation already show how true digital transformation is changing in the business world. However, these technologies also create security vulnerabilities through potential new points of attack. Future AI security will have 3 key perspectives: 1) protection of AI-powered systems, secured AI training data, and trained pipelines and machine learning models; 2) leveraging AI to enhance security defense, and utilizing machine learning to understand patterns, uncovering attacks and automating parts of the cybersecurity processes; 3) anticipating negative use of AI by attackers — identifying these attacks and defending against them.

2020 anticipates great opportunities and great challenges for enterprise leaders. It is important to always remember that embracing change and adopting new technologies and trends will guarantee that your organization remains competitive in the market. Make no mistake about it, resisting change will set your company behind. Those who focus on true digital transformation will grow their business. Are you brave enough to jump into executing on these trends that will reshape the future?