Articole about the relationship between UX design and metaverse. 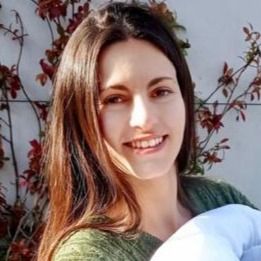 What is the relationship between the user experience design and the Metaverse?

Luckily I had the chance to attend the conference about the relationship between UX design and Metaverse, an event organized by The Talent Garden with the collaboration of Monogrid.

I wanted to bring back the key points and the most interesting aspects of this presentation, led by design lead Marco Trevisani.

Let’s see what happens when the team of design, 3D production, and developers collaborate to create interactive experiences.

What is the Metaverse?

This term was used for the first time in “Snow Crash”, a famous novel by Neal Stephenson in 1984. The story is about an imaginary world where the main character, Hero, who lives in a container, immerged himself in that virtual world and got in contact with the world.

The Metaverse is a shared virtual reality where the user is represented through a personal avatar in these digital three-dimensional spaces and where it can create one or more persistent identities:that is a second identity within the digital space, in which the identity is declined depending on the context. Constant because the avatar likely continues to exist in this space. They are persistent because they can exist within many Metaverses (the avatar moves within different digital spaces).

For brands, it’s very important because it allows them to engage users in experiences that bridge the digital world and the physical world.If before the communication of a brand happened, for example, through an event, in a particular place and moment, now it is possible to break this spatial and temporal barrier.

We subdivided the meta verses into two main categories:

Existing platforms allow you to create experiences within environments that already host users through aesthetics of predefined interactions. Metaverses are created ad hoc by the brands, which reflect their values and identity. In these cases, there are limits obviously to reflect these aspects, with the risk, for example, of not being able to differentiate much from other brands that decide to make the same experience on the platform, as opposed to how it happens in a proprietary flat where you have control over everything.

They allow complete control by the creator, who controls the aesthetics and interactions and accurately directs every creative aspect of the project, complete control over the environment that houses the brand can leave a more memorable imprint on the user. In this case, the challenge is attracting users, unlike closed platforms where a community already uses this platform.

Here are some examples of closed metaverses:

This Metaverse is built on the Ethereum blockchain. The characteristic of Decentraland resides in the property. Users become owners free of any centralization of the financial organization. The fashion industry has moved forward in this, and from 24 to 27 March 2022, the first Fashion week in the history of fashion took place in the virtual world. The Metaverse chosen for the occasion is Decentraland which for some time has hosted fashion houses and exhibitions in its LANDs. The intent of the Metaverse Fashion Week was to make fashion experience from different points of view and to make high fashion accessible to everyone, not just professionals. Decentraland provided the coordinates of all the areas affected by the events, and with a simple click (“Jump in”), it was possible to reach after-parties, digital shops, fashion shows, and conferences organized by many brands.

Here are some examples of closed Metaverses:

It is a virtual Metaverse where you can create your virtual worlds, where you can choose who to let in, and you can socialize with other users and create your own world through the Lua Script programming language. In addition, Gucci’s recent partnership with gaming platform Roblox reveals a fashion-themed wonderland for users to explore, with the options for their digital avatars to try on and purchase digital clothing.

Fortnite doesn’t have a traditional plot or characters but introduces users’ live events and its ever-changing world as tools to create a long-running narrative. The platform has hosted concerts such ad Travis Scott’s Marshmello’s and then the tour of Ariana Grande. However, the last event was different from the previous Fortnite show, as it wasn’t just about the music but mixed with all aspects of the game.

All these platforms mentioned are accessible through the web.

Announced at the Facebook Connect 2021 conference, the new Horizon Home VR interface will allow you to create games and throw parties with your friends’ avatars. This is actually the upgrade to Oculus Home, the environment already experienced by those who wear Oculus Rift and Oculus Quest headsets.

Microsoft has presented Mesh for Teams. The new feature aims to make business meetings immersive. So, more engaging. Using Mesh, Microsoft Teams users can participate in events in the Metaverse, which is really populated by avatars where the real and the virtual are connected. And to do so, they will use their own technological alter egos. Personalized thanks to artificial intelligence to reproduce meeting rooms or any other type of place. The events in the Metaverse will be accessible from any device without needing special devices. And they will have no language barriers. Microsoft is developing support for automatic translation and transcript of conversations.

The brand created a digital pop-up store, using a platform mainly used for video games. As a result, we can appreciate the quality of the visual contents at the control level.

In this interesting case, BMW created Joytopia, a metaverse in which users can jump in to discover new car models or prototypes and works of digital art and events (not only focusing on selling the product).

Those who possess one of these NTFs can join this Metaverse and explore this space and the community. This is an interesting example of how to mix the Metaverse and the selling of the NFT products.

What UX designers have to think about when they design for the metaverse?

They have to imagine navigation as the exploration of physical spaces, in which aspects of movement and orientation are hybridized with usability.

How can I guide the user in exploring that space?

The first thing to consider is that we don’t only have a user interface linked to the screen, so the extradiegetic aspect, but also:

Extradiegetic —Elements that only exist only in the user’s “world.” Elements of the interface.

The spacial UI aspect — UI elements localized in the 3D space but behave like parts of the interface e don’t influence the area in which the user moves. So the elements of the UI don’t impact the game.

Diegetic aspect — Like sounds, interfaces, lights feedback that appears and exists in the tridimensional world of the game. A funny example of a job simulator is that, in this game, the user, to exit from the game, has to bite the “Exit burrito”, and to confirm the action has to bite it again.

So these are the three aspects that a UI designer must consider to design for the metaverse.

This is a new way to explore the digital space for a lot of people. These environments are not just for video gamers and the access it’s becoming more “democratic”.

Who is the user, andwho wants to be the user?

As we said, the users in the Metaverse are represented by avatars. We can find realistic avatars to be as similar as possible to the user. The user can also be represented very differently, like aliens or characters. An interesting example was made by the mono grid for Vogue, where a light sphere represents the user in order to remove the aspects like the genre or the representation itself and focus on the actions of the user in the space. This is also useful to create a “soft” profiling because the user, by choosing how he/she wants to be represented, can provide important and useful information for the brands.

In multi-user environments is important to give ways to express emotions and interact with others. Some methods to do that is through chats, vocal chats, emoji, and emotes with different levels of complexity relating to moderation.

How do we move in this Metaverse?

The first aspect to consider is the camera and point of view: from which point our user sees the world?

We have three types of cameras:

B. third person,this camera is positioned a little behind the character and allows a wider field of view.

C. top-down,this camera is far, and the exploration environment is wider.

Command the point of view

In addition to defining the point of view of our users, we can also let them control it.

A. Movable, with the click and drag function or move the mouse to the borders of the screen

C.Rotatable or fixed: the user (both in first and third person) can move the mouse to the left and right to move the camera and drag to change the point of view. With the fixed camera, that changes according to the movement of the character.

A. Point and click, which consists in clicking on a point so that the character moves to that exact point

B. Arrows or WASD, using the four arrows of the keyboard or the keys W, A, S and D, which are used by players to move.

C. Joystick.In many metaverse platforms, there isn’t a UI element that represents the joystick. Since Metaverse is accessible from the web, so through desktops and mobiles, it allows the users to move in a simple way on their mobile devices. It has been noticed that newbies user recognize it as an element that will enable them to move into the space.

Other interaction elements are:

Of course, for expert players, all these interactions can seem obvious, but for newbies, these are not.

That’s why it is important to insert tutorials on these platforms for the actions they have to do in the space.

There are two main points that must be considered when we have to design a tutorial:

An example of a playful world is to let the user make the character move for the first time.

The other aspect is to block some actions of the users: we give information to the user about the actions he/she has to do. Once the user learns how to do the action that is essential/crucial, he/she can go ahead and start playing.

How to guide the user? There are some aspects linked to navigation and orientation that are very important:

2. Facilitate the identification of paths.

4. Support the movements with a map that allows them to localize places and orient themselves

Usually, this topic is not much considered when designing more traditional platforms and apps.

Sound is extremely important to create an immersive environment,

A. Ambiental:It permeates the entire space to set the mood of the experience.

B. Spatial audio:audios linked to objects in the three-dimensional world and that increase or decrease the intensity according to how far the user is from them

C. Contextual:sounds linked to objects present in the space and that answer to feedback or clicks of the user. So the sound can be used as a feedback element for the user.

In conclusion, there is one question:is Metaverse here to stay?

A lot of brands are investing in this new world, and for sure, we will have a lot of time to work on these digital spaces.

Hi there! I’m Silvia, a UX designer who wants to find elegant solutions to make our interactions with computers as easy-peasy as possible 👩‍💻.