Why Freelancing Is The Future Of Journalism

Traditional journalism is in crisis. It needs a lifeline. 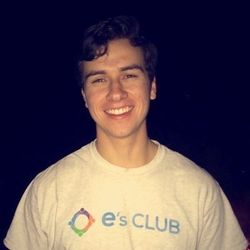 In the last two decades, the media world has been rocked by demographic and technological changes. The decline of advertising revenue and the high fixed costs of the newsroom have sunk some of the most credible newspapers in America. Even the company that owns the Miami Herald, the newspaper that broke the Jeffrey Epstein exposé, has declared bankruptcy. To make matters worse, trust in the media is at an all-time low. News as we know it needs a lifeline.

More and more, it looks as if freelance journalism will be the answer.

The layoffs and disruption spurred by the internet are turning both fresh and seasoned journalists onto freelancing in numbers the industry has never seen. And the freelancing trend is one the economy is seeing as a whole. If it grows at its current rate, most U.S. workers will be freelancing by 2027. This may be a bit of an over-projection, but regardless, it is a fast-growing industry. Newspapers should be more than okay with that. Here’s why.

A primary reason these newspapers are going under is high fixed costs.

Consistent, monthly expenses including rent, salary, and benefits (especially pensions), saddled many newspapers with consuming debt right as their revenues plummeted. It isn’t a sustainable model.

Now, as these newspapers try to stay afloat, many are being purchased by hedge funds more interested in making money than credible journalism. It is a lose-lose. Freelance journalism can address this.

Although freelance journalists try to incorporate many of their expenses and benefits within their fees, the flexibility and often lower overall cost incurred for newspapers allow organizations to stay afloat in financial times like these. If revenues drop, expenses can adjust accordingly.

Even more, if a newspaper wants to cover a story that is not in their region, rather than paying for a journalist’s travel expenses, or the even more expensive endeavor of foreign correspondents, a freelance journalist can do the trick.

As the industry is bleeding money, political pivots and cost-cutting measures have been put into place, both of which battered journalistic credibility.

As cable television is on the decline and print newspapers are near finished, outlets like FOX, CNN, The NY Times, and The Washington Post needed a bold adjustment. Their answer? Politicized reporting. It may alentiate one side of the country, but it galvanizes the other, drawing eyeballs of outrage and pride. And it has worked, politicized reporting cures the dangerous plague of ‘news apathy’, an ailment that afflicts so many. As a result, each outlet increased their viewership and revenue, but at the expense of objective reporting and America’s political polarization.

Another common trend is parachute journalism. A journalist from New York or Washington D.C . is flown to a location for two weeks, covers a story, and flies away.

I’ve seen it countless times with my home state of Kentucky. A journalist born and raised in Brooklyn flies to do a story on the opioid crisis in Eastern Kentucky’s Harlan County, with all the preconceptions and stereotypes connected with ‘Backwards Appalachia’. The result? People are worse off from the story. A misled reader, perpetuated stereotypes, and a misconstrued source.

This, in tandem with the dying profession of foreign correspondence (again, due to costs), suggests an onerous path for objectivity.

Freelancing can bring newspapers back on track. Instead of sending journalists to an area they don’t understand or cutting out foreign news because of the money, freelance journalists embedded in communities throughout the world can pick up the baton. Wouldn’t it make sense to work with a journalist living in Appalachia when doing a story on Appalachia?

By partnering with the best freelancers from around the world, news outlets access in-depth, on-the-ground reporting on issues formerly misreported at best, unreported at worst. With the advent of new communication technology, this is easier than ever before.

The flexibility for both journalists and newspapers that freelancing provides is paramount. For journalists, it means they have more control over what they write, and who they write it for. They won’t be forced to write the seemingly useless stories that many are assigned to today. It allows journalists to pursue topics or stories they think matter. Rather than convincing their one editor to sign off, they only need to find one in thousands.

It can provide opportunities for journalists to pursue better articles — and how much to charge for them. When a freelancer writes a good story or takes a unique photograph, multiple outlets are vying for it. As a result, they have unprecedented access to leverage.

It’s no secret that freelance journalism can be a tough gig financially, as is the journalism profession generally. But the power to pitch to who you want, and scrap the rest who don’t pay enough gives a certain power.

As mentioned before, the flexibility of a freelance staff provides newspapers with the room to maneuver they so direly needed in recent years. When revenues from advertising drop, the way they did in the previous decade, being able to shift expenses can save entire organizations. This, admittedly, means harder times for freelancers when revenues drop. But when the alternative is no newspaper to purchase articles at all, it is the preferable substitute.

The additional flexibility newspapers have with a network of freelancers also provides them with a myriad of stories they otherwise never would’ve had, or would’ve covered poorly. It’s all about access. Access that would noticeably improve their reporting.

Where We Are Today

Only a couple of outlets have adopted this strategy so far — Southerly, The New Humanitarian, and my own, Via News — just to name a few. Only time will tell if the media industry follows suit, or continues on the path of distrust and vitriol they’re barreling down now.

It must be noted that most newspapers work with freelancers already, but they are often used to fill gaps when the staff isn’t producing enough content. Sometimes editors just love their ideas and are ready to pay for it. But rarely are they the lifeblood of the publication.

If the media industry is to change for the better, the model needs to change with it. Freelance journalists are the keystone for that change.

Jonathan Pezzi is a former freelance journalist and founder of Via News, a digital outlet for underreported stories. To continue working with freelance journalists all over the world, they’re running a Kickstarter. You can support Via’s mission here.

Founder of Via News, a digital platform for underreported stories | University College London